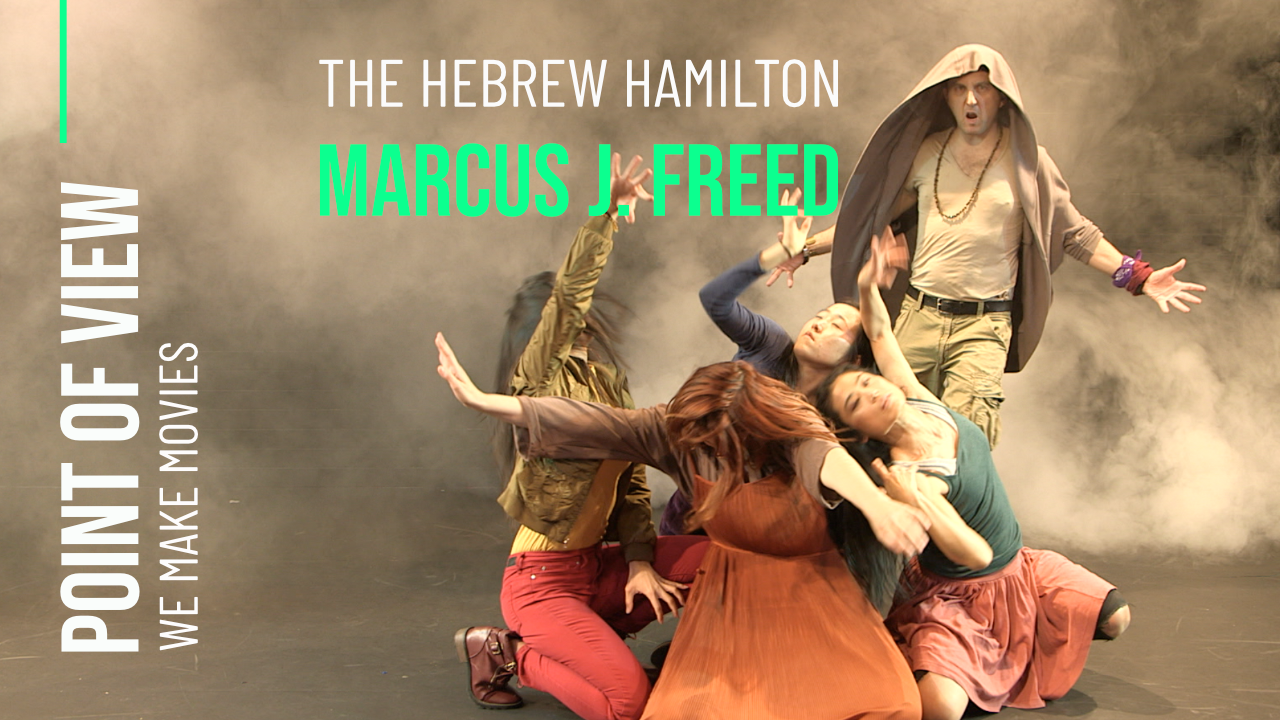 Coming to us from across the pond, Marcus J. Freed has delivered many comedic gems through his intellectual, musical parodies. A seasoned actor, prolific author, and ardent filmmaker, he has leveraged a career out of tapping into the zeitgeist and crafting stories around Jewish culture and traditions. In celebration of his latest lyrical venture, The Hebrew Hamilton, we took a peek inside the mind of the entertaining educator.

MJF: I’m from Watford in England (where the Warner Bros studios are located, and where they shot Harry Potter). I'm a conservatoire-trained actor (Webber Douglas Academy of Dramatic Art in London), and a grad of English Literature & Drama/Theatre Studies. I think it informs me as a filmmaker in many ways. Really depends on the film in question. For Livin’ La Vida Kosher, my dance training and showmanship came in.

My first choice for The Hebrew Hamilton was to do a full CGI recreation of Ancient Egypt, but I quickly found that it was going to cost upwards of $30,000. So I went the other way - to consider how, instead of painting the full picture for the audience, I could tell the story using the tools of physical theatre and taking a minimalist approach. My background performing one-man plays really helped. I went very raw, just asking the question, "how much can we achieve with the very minimum?" If our only prop is a large piece of blue cloth (that was all we used in the video)…how much can we create with that? This approach really made a difference and we got very creative, thinking of of how many different ways we could use the prop. I hired a black box theatre for our shoot, and we got to work!

The visual storytelling underwent various transformations when I got to the edit, and that always feels like a completely fresh part of the performance. I spent months experimenting with various techniques and styles in the edit before settling on the final approach. It was overwhelming at times, although this usually happens.

Once the shoot is over, I’ve got all of the shots I wanted, and I look at the rushes/cuts. My first thought is “what on earth am I going to do with this?” It can get overwhelming seeing the amount of footage, but after a while - and as much procrastination as I can manage - I get to work and it starts turning into something. I’m very happy with the final result, although it took a long time to get there. It was worth it.

WMM: What films made an impression on you? How? Why?

MJF: Almost Famous - I like the way that Cameron Crowe presents the romanticism of an era, along with the painful undercurrents that can be part of the human experience. He captured an extraordinary moment in time and created a tremendous film.

Grosse Pointe Blank - this always struck me with its funny and well-written dialogue. The set up is absurd with a hit man who attends his high school reunion and revisits the high school sweetheart he abandoned on prom night, but the onscreen relationship between John Cusack and Minnie Driver is a winner.

The Greatest Showman - I love the innovation in the ways that musicals are brought to screen in ever-more creative ways. The brilliance of the classics still holds firm, like West Side Story and Fiddler on the Roof, but the newer pieces combine contemporary storytelling styles that can be captivating. Baz Lurhman did some really interesting stuff with Moulin Rouge, and The Greatest Showman takes it further. It’s going to be very interesting to watch the new batch of movie musicals like In The Heights and Tick Tick Boom!

I like beautiful camerawork and creative solutions. Crazy Rich Asians has some terrific direction in it, with a beautiful but economic use of graphics. 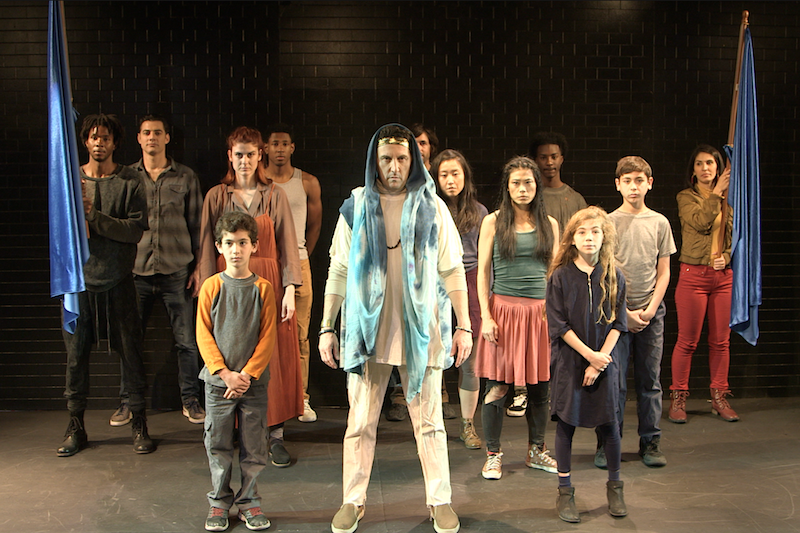 I also use various film and theatre images in my videos, and The Hebrew Hamilton was no exception. Probably best if I don’t give them away, and let you enjoy them when you spot them. I like this - giving nods to various films and classic images - and it’s fun to use them as reference points in the video. In Livin’ La Vida Kosher I wanted to reference some of the great movie dances, so made sure there were hidden references to Grease, Stayin’ Alive, Dirty Dancing, Pulp Fiction and more.

WMM: What drew you to doing the work you are doing now, and what was your inspiration?

MJF: I tend to go with my gut, following whatever is inspiring me at the time, and what makes me smile. The music videos are fairly straightforward, The Hebrew Hamilton as a nod to the Exodus story, and my Faith video as a tribute to George Michael (who happened to be Jewish, as he once revealed on a BBC Radio interview).

It took me years to get to this point, as I had wanted to start making these videos in the early 2000s but felt I lacked the confidence and network at the time. Still, everything in its right time...

I am currently working on two romantic comedies that I plan to film later this year.

WMM: What role has WMM played in your work? How has WMM helped you develop as an artist / collaborator?

MJF: WMM has been great for many reasons. It’s been a wonderful community in terms of helping build confidence as a filmmaker. I felt I was missing something having gone to film school and not being part of a filmmakers network in Los Angeles, but We Make Movies more than made up for that.

We Make Movies has been a very interesting experience. I found it by chance in 2017 when I arrived outside the Broadwater Theater during one of the Wednesday meetings. I had planned to attend an event for the Hollywood Fringe Festival. It turned out I had written down the wrong address, although it turned out to be the right address and the place I was meant to be! In many ways WMM felt like an answer to my prayers, as I was able to fill in the knowledge that had been missing - how to bring a production to fruition, and how to up my game as a producer. It can be somewhat intimidating when you want to stage a film production on a professional level, whether it's getting permits, production insurance, line producing, contracts for actors, and ensuring everything goes smoothly on the shoot. We Make Movies was able to help with all of that, along with post-production challenges like coloring and a few problems with the edit, although every problem turned into a learning experience that increased my abilities.

My plan has been to accelerate my ability as a producer and director whilst gradually increasing the size of each subsequent production. It’s the theory of ‘failing fast’, quickly learning from mistakes, and correcting them for the next time around.

Part of my challenge as an independent filmmaker, who has so far been working with modest production projects, has been to pull productions together with the necessary crew members and production team. We Make Movies has been brilliantly helpful in that regard. Not only have I benefited from their production expertise, but I’ve found cameramen and other crew through the community.

At various stages I have gone through every part of the We Make Movies production process, ranging from bringing my screenplays to the Writers Lab, to performing new pieces at the Performance Lab, to presenting at the Rough Cut Lab, and eventually screening the pieces in the WMM International Film Festival. It is quite extraordinary being part of this community, and a great privilege. 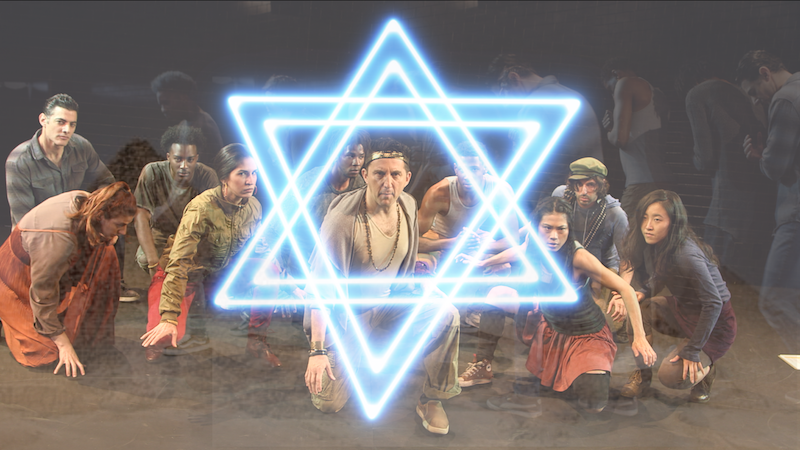 WMM: Hebrew Hamilton -- what should we know? What makes it special and what sets it apart from what else if out there?

MJF: The two changes I would have made would be to:

1) Go in with more confidence at a far younger age and created more, more, more. I spent ten years writing and performing a quartet of one-man Biblical plays, performing comic performance poetry shows and more, and in retrospect could have done a lot more filming along the way. That said, I learned a lot along the way and hopefully matured somewhat as a performer/director, so it feels like the time is right, right now.

2) Embrace my heritage far more. In England I felt the constant need to hide my Jewish heritage and I was frustrated that the material I was coming up with was ‘Jewish’, so I kept trying to hide that away. In the end, I succumbed and embraced my identity rather than hiding it, as is sometimes the British approach.

MJF: Perform more, make more films, create more…and above all..to have more fun along the way. I write my weekly Satirical Semite column for the Jewish Journal and continue along my spiritual journey … my aim is to use art to help uplift the world through inspiring people to use their Divinely-inspired blessings and talents.

Later this summer I’m hoping to film a couple of short films in Los Angeles, depending on COVID restrictions and available resources. My intention is to focus on these romantic comedies, although it’s always possible that inspiration will strike in a different direction when it gets closer to production time.

I’m also working on a feature film. The aim is to get these produced by a studio but I hold by the  artists’ philosophy of “not waiting for permission” before making our art. With the ever-growing network and resources of We Make Movies, it’s possible to produce a tremendous amount of work.