Filmmaking 101: What Does A Line Producer Do? 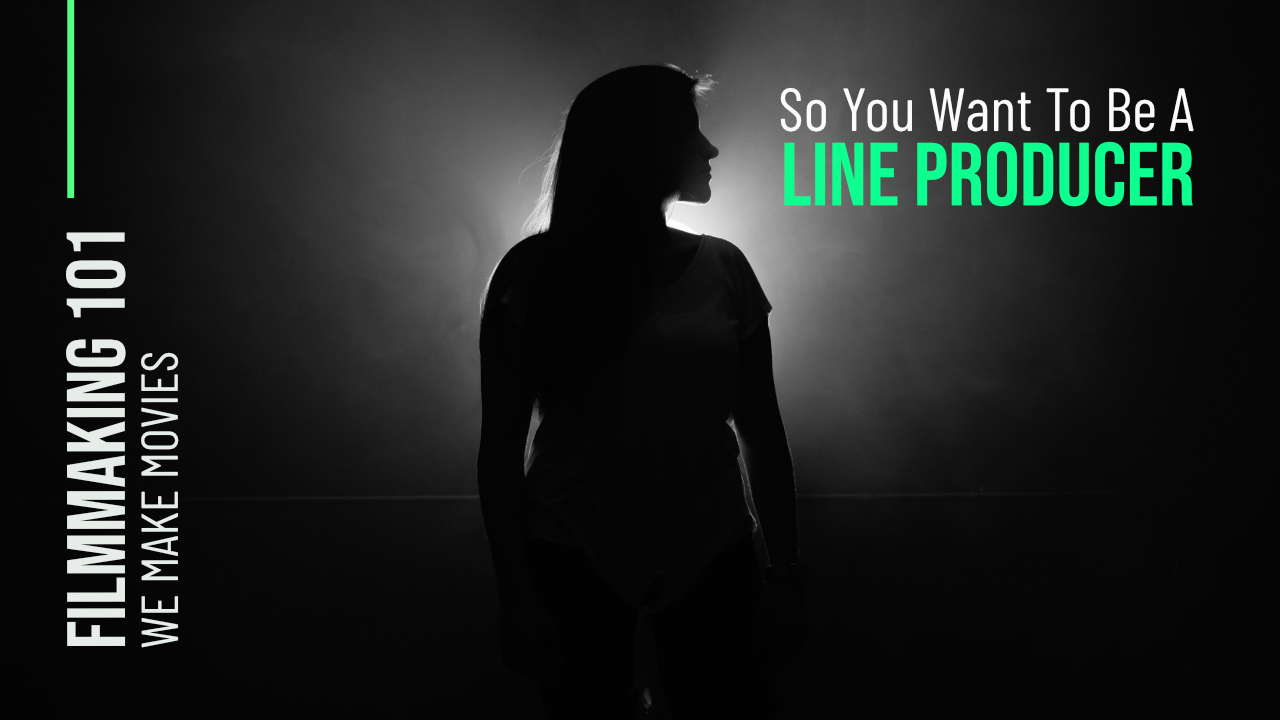 Filmmaking is not for the weary and line producing is not for the amateur. A Line Producer is one of the most critical members of the filmmaking team, as they are responsible for planning and overseeing all operations and logistics from pre-production through delivery on a project. In short, they are the project manager and accountant for the project - the ones adulting so everyone else can focus on the making of a film. The primary order of pre-production business for a Line Producer is to break down the script to determine every specific need in order to create an initial budget for the project. Funds are allocated towards every key department (camera, set design, hair and makeup...), hiring decisions are made based upon rates available to offer, locations are decided upon depending on the particulars of each day, and a schedule is created considering all of these factors fiscally and for optimal efficiency. A good Line Producer will also take into account all the moving parts associated with the post-production process so that the production sets up the post process to run as cohesively as possible. During production itself, a line producer ensures that the plan in place is in fact in motion on set and otherwise, and supervises the overall day-to-today functionality. Once filming wraps, they are then responsible for tracking all gear and other rental returns, checking in with vendors and location managers, cross-checking all expenses throughout, and generally monitoring deadlines until the film is fully completed to the director and producers' satisfaction.

Who Hires A Line Producer & Who Do LP's Hire?

Every production absolutely needs a Line Producer early in the game, and they are brought on by the above the line team of Executive Producers (or Showrunners in the case of television), Producers, Director, and Screenwriter(s). While principal cast, and oftentimes Cinematographers and Casting Directors are also considered above the line, they are usually not brought on until after the line budget is made, ALTHOUGH on indie projects these roles frequently overlap so it is not uncommon for a lead of a film to also be attached before the Line Producer comes on. Either way, the artistic team of the aforementioned positions are afforded the space and privilege of being creative because the line producer is attending to and juggling the numbers, dealing with the copious amounts of correspondence involved in coordinating every aspect of the film, and handling any and all of the administrative and real time issues that present during the entirety of the production.

Once a script is broken down, Line Producers are tasked with hiring all the below the line, skilled, craftspeople (AKA, the crew), or at very least, the department heads of each division. This includes the Director of Photography (if not already a part of the above the line team), Production Designer, Art Director, Location Manager, Key Wardrobe, Key Makeup, and Key Hair (oftentimes rolled into one MUH on indie sets), the Sound Mixer (also called Sound Recordist), and then for the post production workflow, the Editor. The heads of the departments usually have an idea of who they want on their respective teams but the line producer also manages the hiring of the rest of the crew, including the integral First Assistant Director, Production Manager, Production Coordinators, Script Supervisors, Camera Operators, Best Boy Grips, Grips, Gaffers, Best Boy Electric, Production Assistants, and if the budget allows, a Second Assistant Director, Camera Assistant or two, and so on.

Some projects call for background actors or specialty crew such as Stunt Choreographers and Coordinators, Special Effects Crew (who handle practical effects like pyrotechnics on set), Prop Masters, Set Medics, Security, Studio Teachers (for the minors on set), and the list goes on. On most micro budget indie projects, the tasks of the Production Manager and even First AD fall under the Line Producer, and many of the other roles get consolidated due to budgetary, time, and location restraints. More hands on deck is a luxury, paid for by having to feed more mouths, which also has to be accounted for in the budget. Yes, Line Producers also hire Craft Services and Catering. And all of the above is just for production. The LP also hires all the post-production crew, including the Sound Engineers, Colorists, SFX and VFX Artists, Composer, and so on. 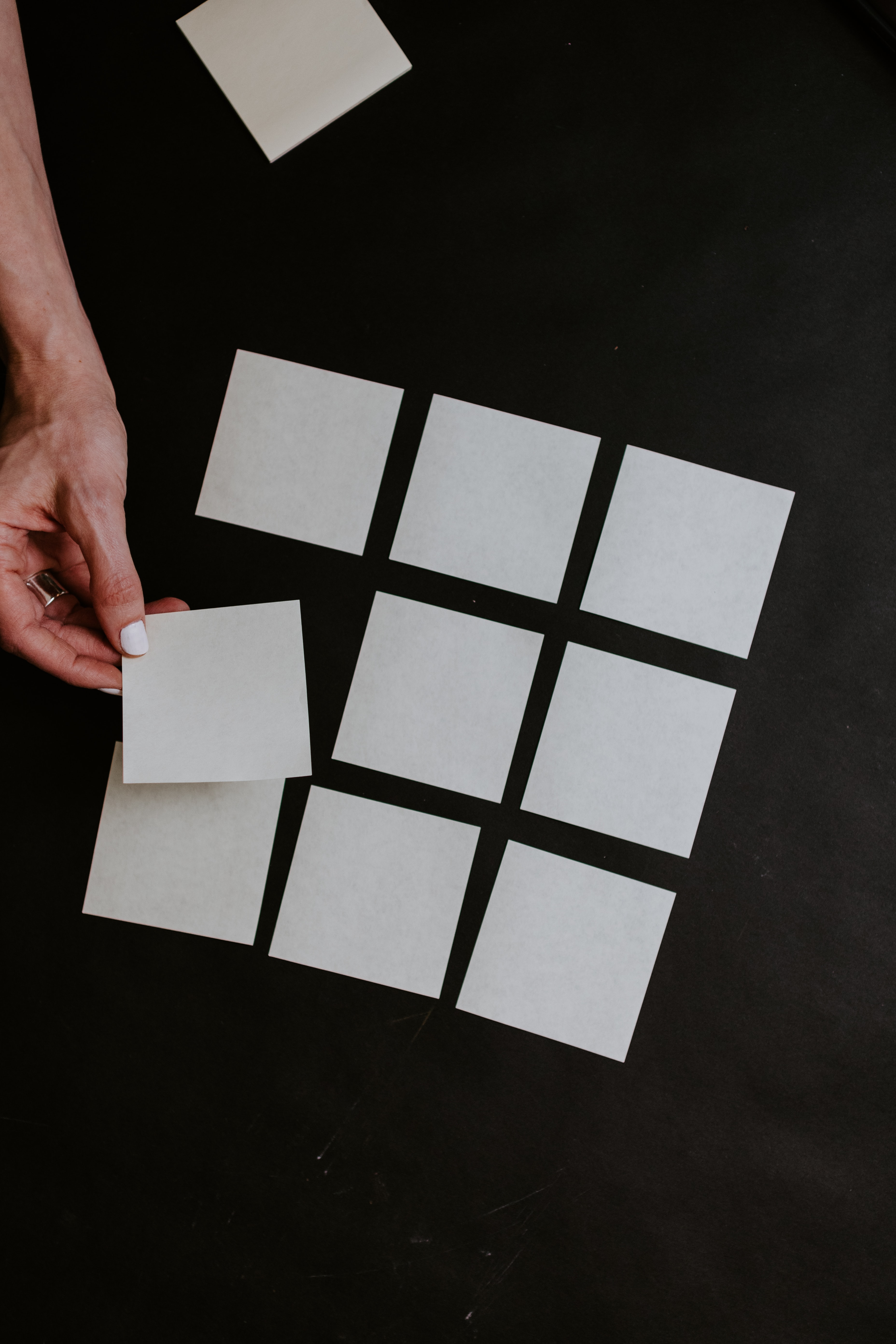 What is most important to keep in mind though, is that the hiring process comes along with an enormous amount of tedious bureaucracy, and that is all managed by the Line Producer. So not only are they crunching the numbers, they are also responsible for procuring and administering the respective contracts. THIS is what We Make Movies offers indie producers. We are essentially a virtual production office with an inbuilt Line Producer, capable of helping indie filmmakers with any aspect of their pre-production, production, and post-production needs. We are happy to help our fellow filmmakers understand and navigate the paperwork, or completely facilitate and oversee the entire process for them. Each one of our services caters to an aspect of the filmmaking process, so artists can go be artists and we handle the business of your film.

Breaking Down A Script & Building A Schedule

First things first. None of the hiring or scouting or artistry on set can begin without first breaking down the script. This means reading through the full script repeatedly, meticulously crafting notes around what is required for each scene. It starts with registering the elements of the scene, the items that are visible on screen to make the scene possible. This entails making detailed lists of the props, design elements of the set, the characters in the scene, their costumes and accessories, their makeup and hair, any actions taken that will need blocking and/or choreography, any special effects that appear, and basically the type of setting and locations that will be seen. This will all be information that will add to the budget. Places, things, and people add up.

Next, a color-coded stripboard is created (there are many software programs that cater to this now) to visually represent the information in each scene. This will be the template by which the 1st AD and Line Producer (again, sometimes the same person, depending on the scope of the budget and project) will then create the shooting schedule with. The entire script also has to be broken down page by page, and then optimally, divided into 1/8's to make it easier to account for when shooting out of order. Studio sets detail the schedule down to 1/8's on the call sheet, but many smaller productions (as in the case with short films) don't need to follow this as religiously. The shooting schedule itself will be dictated by how many scenes and set ups there are for each scene, how many locations are used (and therefore company moves), how many hours each day will comprise of, and how many pages being shot each day. And then scheduling is scheduling. We could write an entire series of blogs around the process of building a schedule but anyone who has tried to wrangle a certain amount of people in the same space at the same time for anything will know what a challenge that can be. For now, all we need to impress upon you is that this challenge falls under the umbrella of duties a Line Producer does.

What It Takes To Be A Line Producer

To be able to do their job effectively, Line Producers need to be highly organized, communicate with command and diplomacy, and balance overseeing everything while delegating appropriately. Concretely, business skills such as contract management and generating financial statements are paramount. An experiential knowledge of filmmaking helps to problem solve, think outside of the box, anticipate and prevent pitfalls and disasters in any stage of the process, and advantageously allocate funds. A basic understanding of the legal guidelines around everything from insurance to local permitting to union regulations is critical, as an LP is responsible for the health and safety of everyone involved in the project. Lastly, healthy and robust interpersonal skills are key to any set, and it starts with the person who assembles the schedule and team. Flexibility is everything. Communication is everything. Negotiating deals is not an easy business and balancing the artistic integrity of a project with the practical realities of the budget takes some finesse. For inspiration, just check out our WMM values to grasp what it means to embody a successful Line Producer.

Sapna Gandhi is an actor, singer-songwriter, and content creator. In addition to TV credits such as Bosch, Shameless and Scandal, she has appeared in numerous shorts, features, and series, including festival darlings In Absentia (Raindance) and Thumper (Tribeca). Gandhi has produced several series and films under the umbrella of her production company Elegant Grotesque (most recently Scrap, starring Anthony Rapp and Vivian Kerr, and Noel Gallagher’s High Flying Birds’ Stranded On The Earth, directed by Mike Bruce). She is also 1/2 of the musical duo, VATAVARAN, was born in England, raised all over the states, studied English and Women’s Studies, and trained at the American Conservatory Theatre in SF.