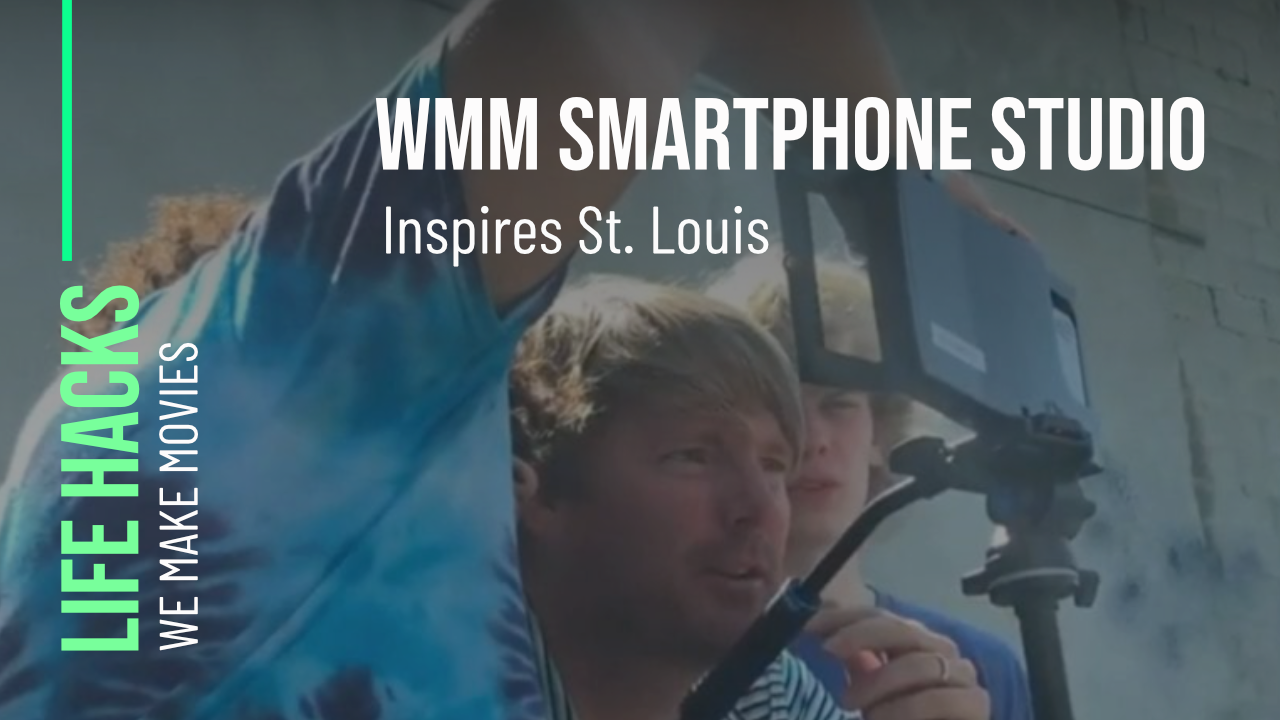 We Make Movies teamed up with Apple Distinguished Educator, Don Goble, who then partnered with the St. Louis Cardinals and Mercy Hospital to bring the St. Louis Summer Stories program to a dozen rising seniors with little to no journalism or video production experience. The free, two week, immersive mobile journalism, video storytelling program focused around social and community development, and the teens were invited to learn how to operate the various donated Apple and OWC  gear to tell the stories of their communities. However, the equipment, software, and education they received was only part of the equation. The teens could not have asked for a more heightened experience, as they witnessed history in the making against the backdrop of the BLM movement and a global health crisis.
With the world already adapting to a virtual way of life due to the pandemic, the skills of communication, problem solving, and media literacy have never been more important. Amidst national shelter-in-place orders, employing a hybrid model of virtual and in-person learning, these students learned to harness the power of their iPhones and make films. In one of the most segregated cities in the country, students from the suburbs and inner city, from private to public schools, collaborated to serve their shared communities and develop skills that will gainfully employ them when they are ready to step into the real world. This is the trademark of "future proofing" that We Make Movies founder and CEO Sam Mestman wishes to impart on every person touched by the eARTh Project.

As St. Louis Summer Stories alum, Abby Johler stated in her video project, she "learned how to engage with someone in a deep and personal way, how to make an interview an actual conversation, how to communicate with clients professionally, and learned what they wanted," all skills she will carry with her into the workforce and as a storyteller.
The teens had the privilege to speak to kids who had overcome cancer at Mercy Hospital. They were treated to prestigious entertainment industry speakers such as Diane Quon, the 2019 Oscar-nominated producer of the Peabody award-winning documentary MINDING THE GAP. They were given the opportunity to talk candidly with renowned Baseball Hall of Famer and Cardinal Alum, Ozzie Smith. They learned about the breadth of the human experience, and that they could tell compelling stories in many ways. Most importantly, they underwent personal and professional transformations.
The eARTh Project - St. Louis Summer Stories is helping create a future of better humans, who will not only be able to craft finer stories, but will generally be savvy, self-sufficient leaders, community organizers, and entrepreneurs, able to navigate their circumstances with ease and grace. The success of the St. Louis Summer Stories has been chronicled by both the educators and students who participated in the program, and will be included in the docu-series around the eARTh Project, produced by We Make Movies and directed by Steven LaMorte.
Written by Sapna Gandhi