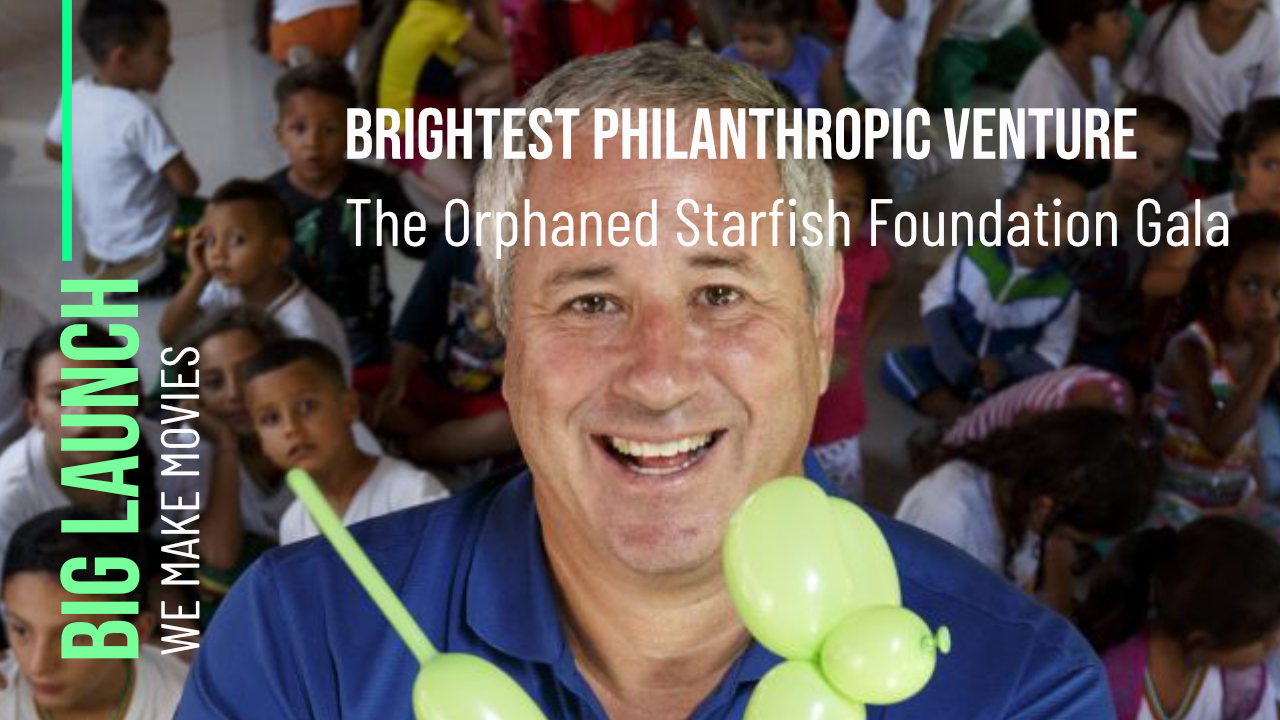 The year 2020 may be recalled as one catastrophic dumpster fire after another, but there have been moments that positively punctuated this year as well. Some of these moments were created (and captured) by a few of our own forward-thinking filmmakers, Sam Mestman, Aubrey Mozino, Steven LaMorte (and a whole host of other affiliates), alongside Andrew Stein of The Orphaned Starfish Foundation. Our team pulled off several major technological feats, including organizing the first-ever virtual gala which accumulated $900,000 in charitable donations to be mobilized towards supporting over 15,000 orphans, victims of abuse, survivors of trafficking, indigenous communities, refugees, and at-risk youth around the world.
Please, let that sink in. In the midst of one of the most economically, physically, and psychologically trying times in modern history, We Make Movies helmed the production and broadcasting of a gala, complete with illustrious guests and speakers such as Jennifer Lopez (yes, Jenny-From-Da-Block), Carole King, Jon Bon-Jovi, Sasha Cohen, Skip Marley, Giancarlo Stanton (and so many more it would make your head spin) to raise funds to provide media literacy to the profoundly underprivileged.
This story begins with our film collective pivoting to a virtual medium so we could continue to run our weekly workshops and host webinars featuring notable industry guests. With our pioneering Smartphone Studio in full motion, we had to quickly adapt to the changing landscape and shift that business model to a virtual one as well. Bringing our curriculum to underserved communities became second nature, and soon we found ourselves reaching places like Acoma, New Mexico, Mahnomen, Minnesota, Akweseasne, New York, and Mayetta, Kansas, through the Orphaned Starfish Foundation.

OSF was founded in 2001 by Andrew Stein, an ex-banker turned philanthropist. His mission to help children escape their cycles of poverty and abuse through education and job training had modest beginnings in Santiago, Chile. Now, his foundation currently serves over 15,000 children in 68 programs in 29 countries around the world. Tio Mago (Uncle Magician), as he has been fondly referred to by generations of children, has partnered with local organizations including Save the Children, Rotary Club, USAID, and now, We Make Movies.

WMM is honored to collaborate with such a distinguished humanitarian, not only teaming up with longtime partner Apple, to educate kids and empower them to tell their stories through video production, but also to aid in pulling off a tremendous fundraising plight in the midst of a pandemic. WMM CEO Sam Mestman is proud to be "bringing media programs to places that have never had them before," with hopes of helping these kids "enter the creative economy and allow them to get remote working jobs" when they are ready.
Future plans with the Orphaned Starfish Foundation include opening up seven new OSF Media Centers (with one of Sam's other affiliate companies, OWC). Four of them will be in the aforementioned indigenous areas in New Mexico, Kansas, New York, and Minnesota, as well as three additional location in Panama, Haiti, and the Dominican Republic. Here's looking at 2021!
Written by Sapna Gandhi