Why You Should Submit To The WMM International Film Festival 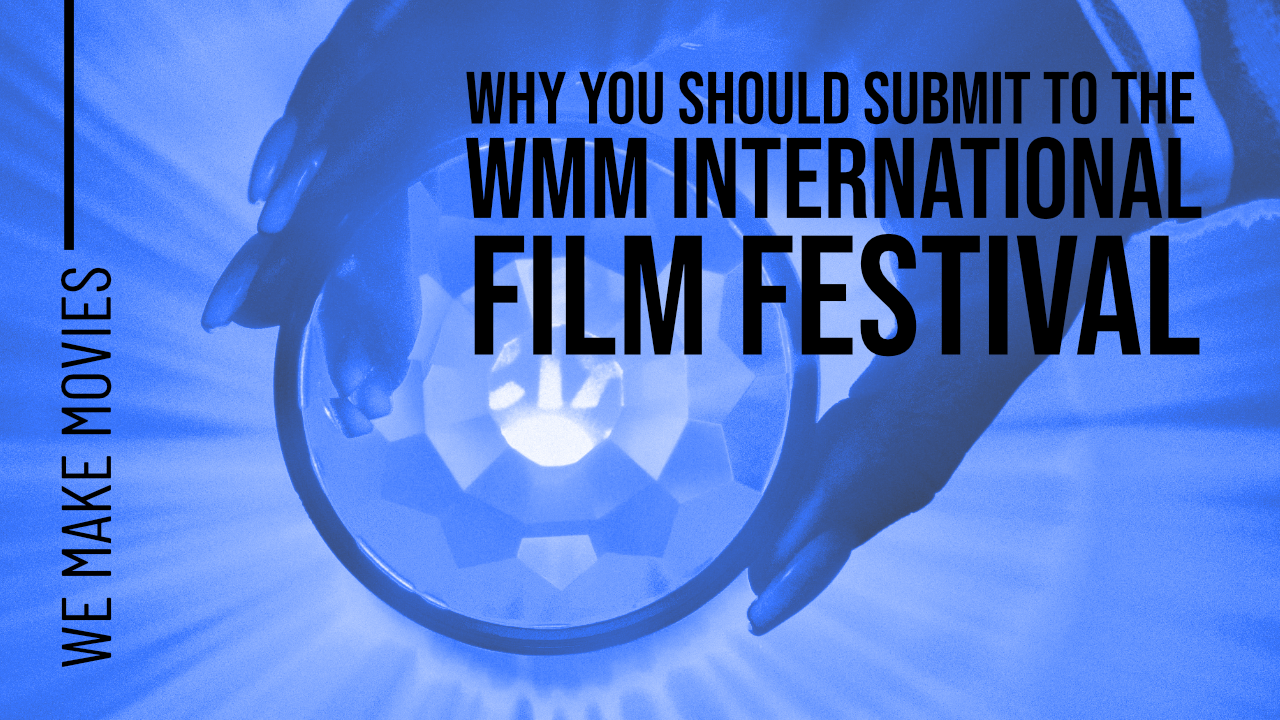 The WMM International Film Festival is in its fourth year! Known for celebrating the Do-It-Yourself filmmaking aesthetic, WMMIntl serves to highlight DIY filmmakers across the spectrum of the industry in every genre. From horror to drama, comedy to documentary, experimental and underground to video art, we salute filmmakers who embrace the true indie spirit by making quality art on their own terms. The festival provides networking and social events, industry panels, a showcase of shorts, features, and series from around the world, live multi-media performances, and an awards ceremony.

By bringing filmmakers of all ilks together, WMMIntl strives to bolster artists and revitalize the industry that content creators and artists want to be a part of. Yet, with so many film festivals to choose from and the cost of submissions, it can be hard to decide where to invest. We asked our festival showrunners to give us some insight into their process and show us how WMMIntl Film Festival is making a dent in the game for filmmakers. 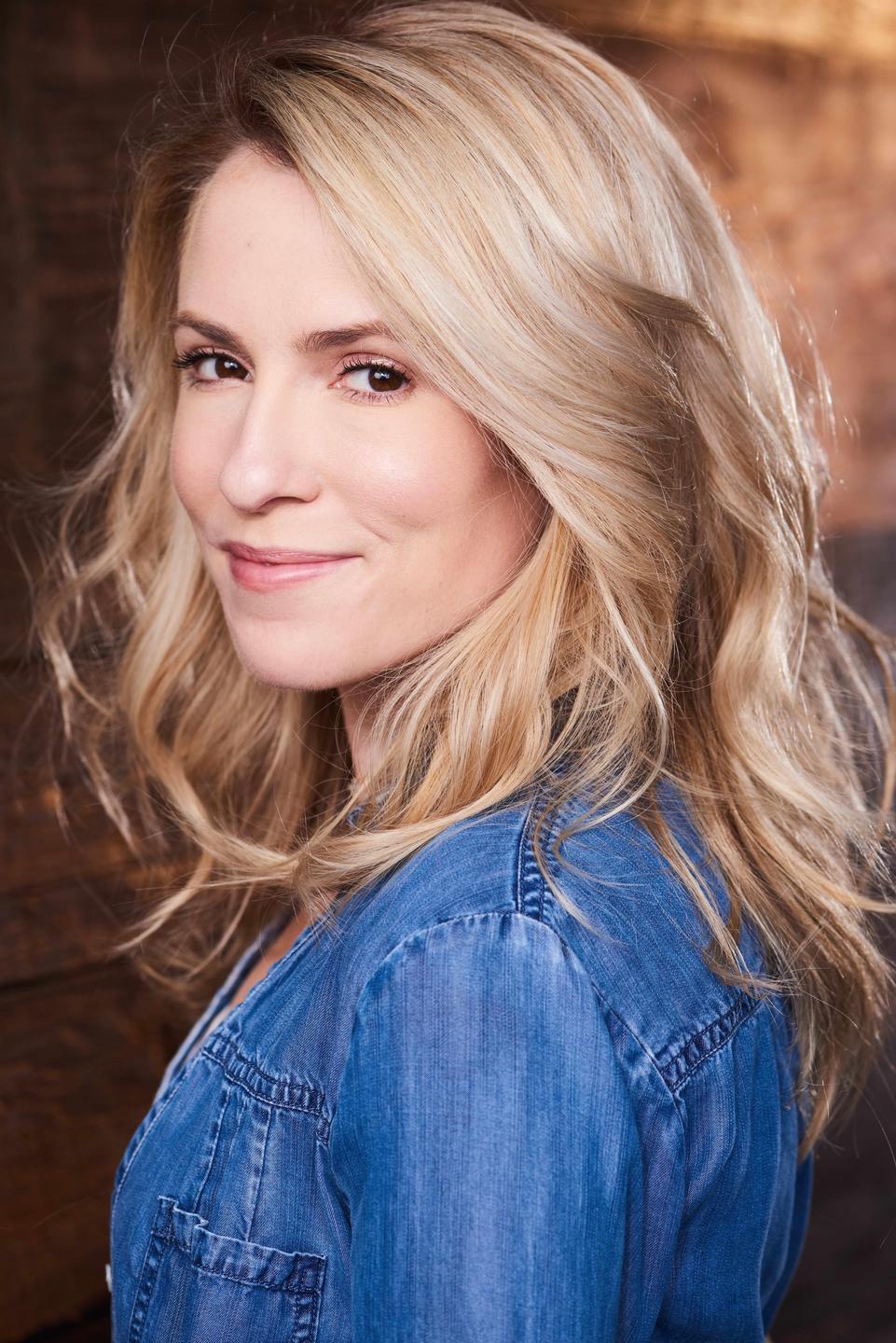 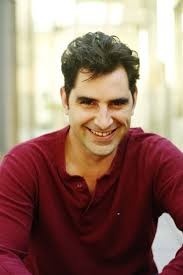 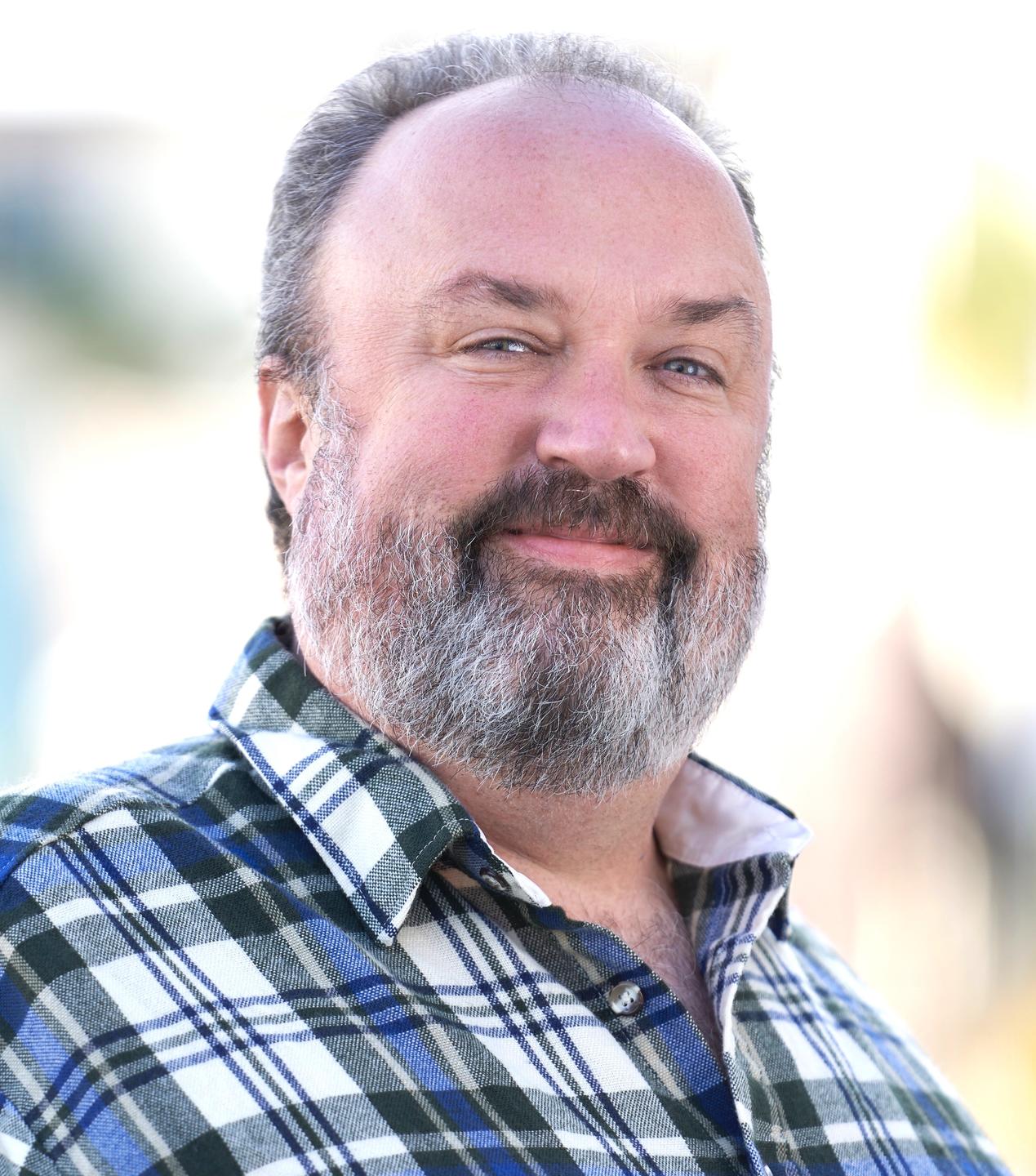 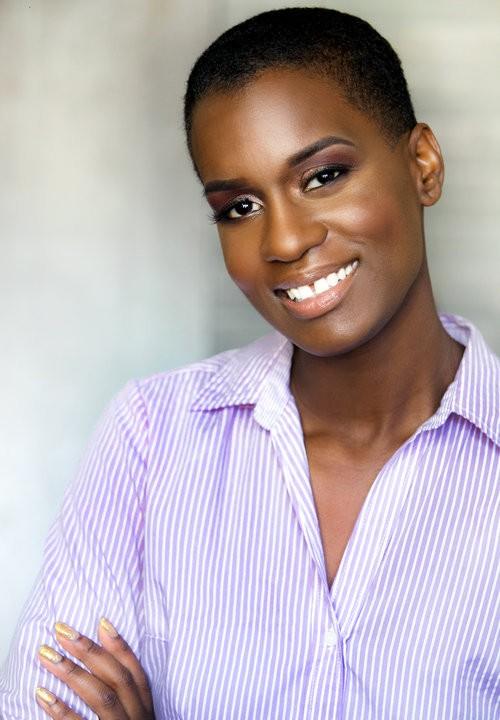 WMM: What has been your favorite element of past festivals?

AM: I’ve always loved the sense of camaraderie at WMMIntl. Making an independent film is not for the faint of heart and so I love how our community truly celebrates each other’s projects coming to life.

WS: The films and the filmmakers. I love that the filmmakers get to see their films with a live audience and experience the audience reaction. So much of our experience in this business is seeing stuff in our homes without a larger audience, and sometimes our festival is the first time people have seen their work in a live setting with an audience -- some filmmakers have told me it's a revelatory moment for them! I'm also particularly fond of the talkbacks, where we get to learn about the filmmakers and how they made their amazing movies.

EMK: Curating is my favorite part. It's like a puzzle — and I like puzzles. In a lot of ways it's like creating a new film - a film made up of many films.

TFW: I love that WMMIntl is warm, welcoming and inclusive. It has a small-town homey feel to it. Our festival team really cares about every film and filmmaker. We genuinely want to get to know you and your team and cultivate a supportive environment in which creators are comfortable and open to making quality connections.

WMM: In the spirit of creating a filmmaker-centric festival that celebrates DIY and cinematic risk-takers, what are you looking forward to implementing in this year's festival? What's new and exciting?

WS: I'm thrilled that from the beginning we've been a festival that includes experimental films (largely due to the influence of Eric Michael Kochmer, co-Founder of WMMIntl), and delighted that we're looking into a unique way of presenting those films in the festival this year — stay tuned! We're also seeing a lot more submitted films of all genres take bigger risks in terms of material and style — there are comedies, dramas, and even documentaries that are adopting non-traditional, sometimes even experimental styles and tones. It's very exciting! Also new this year — we have dedicated expert submissions judges for each different film category, which should make all of our final festival selections stronger and better than ever.

TFW: We're really looking forward to providing the best film festival experience to every attendee and participant. We hope to do this by rolling out the welcome mat in every way imaginable, by letting each guest know how to make the most of their WMMIntl experience. We'll also offer guidance on distribution, future projects, and how WMM can be a major asset to each filmmaker.

EMK: We are going to have a room dedicated to just experimental video. I'm a huge fan of merging live performance and film and so we are going to have at least one new  frontier presentation. In general though, we are always digging to find new and interesting work that is out there.

AM: I’m looking forward to seeing how we can continue to explore the new normal of a hybrid festival. While nothing replaces watching your film in a darkly lit theatre, I love how we are expanding our network of DIY filmmakers all over the world. The remote collaboration possibilities for our extremely resourceful filmmakers are endless…

WMM: What type of filmmakers would you like to see come through? What types of films grab you? What does a sexy program entail for you?

TFW: I appreciate variety and originality. It is a special treat to enjoy a movie that I might otherwise have never seen because I probably would not have gravitated to it on my own. I also like to learn. When I watch the work of a filmmaker who has taken some interesting risks that work, I am enlightened in some way. That said, the most important thing to me right now is seeing and experiencing stories that are rarely told. I am very, very attracted to stories of people, places, and things on the margins and/or that have been 'othered', pushed aside, or hidden in some way.

WS: I love risk-taking filmmakers. My favorite films in the festival every year are the ones that aren't just technically good, but that surprise me in some way and make me go "Wow." I love all cinema, including more traditional films, but filmmakers who take us on journeys we don't expect are always my personal favorites. To me, a sexy festival is one that has a lot of those kinds of special, maybe even unusual movies — and every year that we grow, we receive more and more films of this type! It's thrilling, really.

AM: I love whenever I watch the credits for a WMMIntl film select and see the filmmaker’s name listed in several departments. So many indie filmmakers have such a sense of determination that they’ll teach themselves how to edit, they’ll run camera and DIT while directing, they’ll stay up all night preparing catering — the love and passion is palpable.

I also have a super weak spot for indie comedies since they tend to be such a specific sense of humor. I love when you know the filmmakers first priority are making themselves laugh.

EMK: Honestly, I don't know what I am looking for until I see it. I want to be enlightened and I want to see something that I haven't seen before. All in all, the goal is to create a exciting experience for an audience and to feature a wide variety of different filmmakers and all types of films. The idea is to find DIY artists making bold new work and not worrying about the genre. As long as it is truthful and compelling I am interested. I don't care if the budget is $5 or $500,000 — I want to see something I haven't seen before and I want to share that experience with an audience.

I also want to help those filmmakers create new work in a sustainable way, so aside from providing the audience with an unforgettable experience, we also want to build a community with filmmakers who participate. Community is the missing link for a lot of filmmakers as they move from one project to another, so the more that we can help to provide a large community of like-minded artists whose objective is to help each other get ahead in this crazy industry, the better.

For a complete list of submission deadlines look below, and don't miss out on discounted rates by submitting early. The Super Earlybird deadline is February 2nd, so submit now and we'll see you in October! 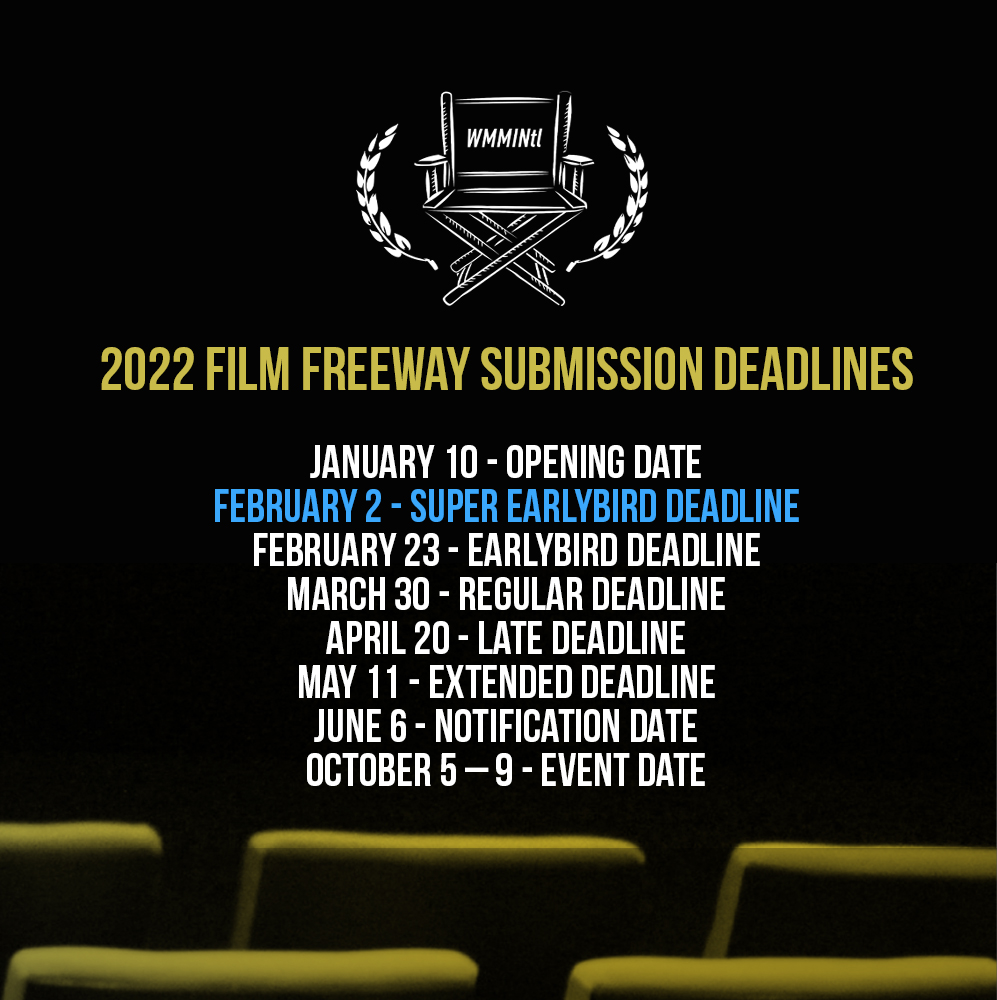