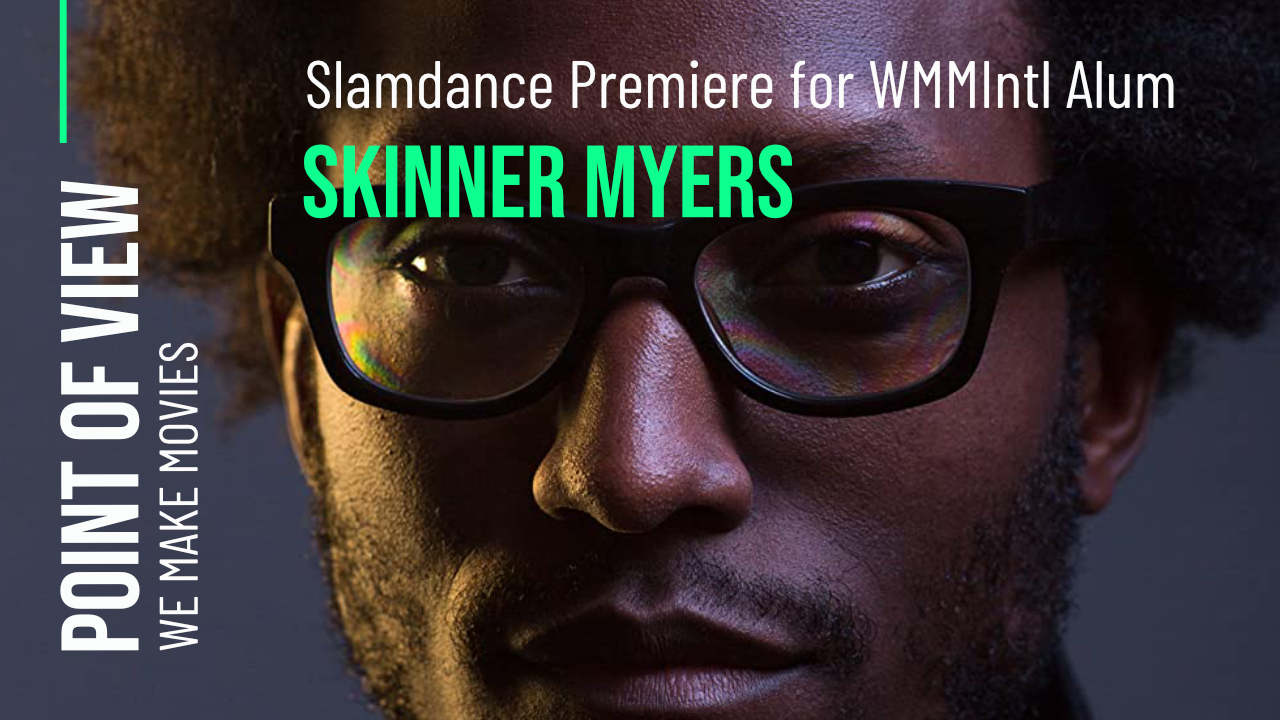 Welcome to the inaugural issue of our new profile series, POV, where we dive into the rich worlds filmmakers create through their stories and unique perspectives. Our first guest is spirited filmmaker, Skinner Myers, whose film, "Things Of Beauty Burn" screened at our WMMINTL Film Festival last September, and whose latest film, "The Sleeping Negro," premieres at Slamdance in less than two weeks.
Myers is an award-winning filmmaker, actor, photographer, and Loyola Marymount University film professor. His body of film work includes writing and directed four short films ("Chimera," "The Last Supper," "Obscured," and "Nigger") while studying film at USC School of Cinematic Arts. His film, "La Tierra Del Exodo," screened in over 90 festivals worldwide and collected many awards, including Best Screenplay and Best Short Film. His next film, "Frank Embree," took home the Grand Jury Award at the 2018 Hollyshorts Film Festival, and his second to last film, "Nightmares by the Sea," premiered at the Art Film Festival in Cannes. 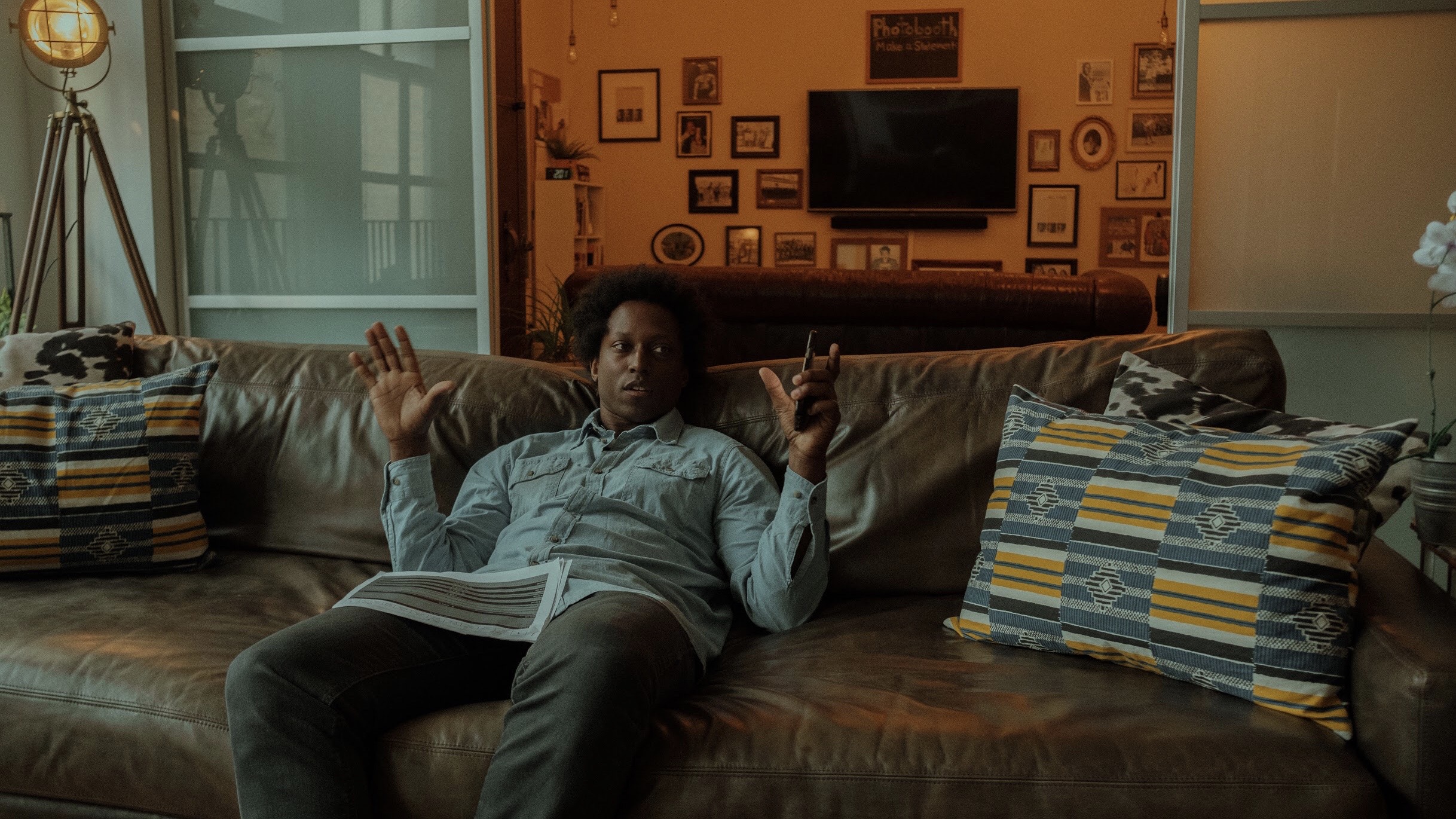 Myers is humble around his impressive roster of films and notable festivals, and he speaks practically about the challenges filmmakers, especially Black filmmakers, face. "I don't know how many more films I will make," he pensively ponders. He is referring to the financial feat of raising funds because there is no federal funding for the arts, and acquiring bold executives to champion the type of work he does, is not easy. He makes "antagonistic cinema" that carries the torch from where the pioneering filmmakers of New Black Cinema of the 60's and 70's, such as Haile Gerima ("Bush Mama") and Julie Dash ("Daughters Of The Dust") left off. At very least, it is a departure from the Eurocentric lens that solidifies Blackness as "the other," but it strives towards an idyllic "liberated Black cinema" where the conventions of white supremacy are an exposed fallacy.

Inspired by auteurs like Andrei Tarkovsky, Djibril Mambety Diop, Steve McQueen, Mahamat Saleh Haroun, Billy Woodberry, and Alexandro Jodorowsky, "The Sleeping Negro" is rooted in dramatic surrealism. Confronted with a series of racially charged incidents, a young black man must overcome rage, alienation, and hopelessness in order to find his own humanity. Removed, is the conventional inciting incident, act I, act II, story structure, which perpetuates white supremacist beliefs that one only needs to pull oneself by the bootstraps to get ahead in life. This story is told by the subconscious mind, making its way through one complex and distressing situation after another, due to the color of one's skin. 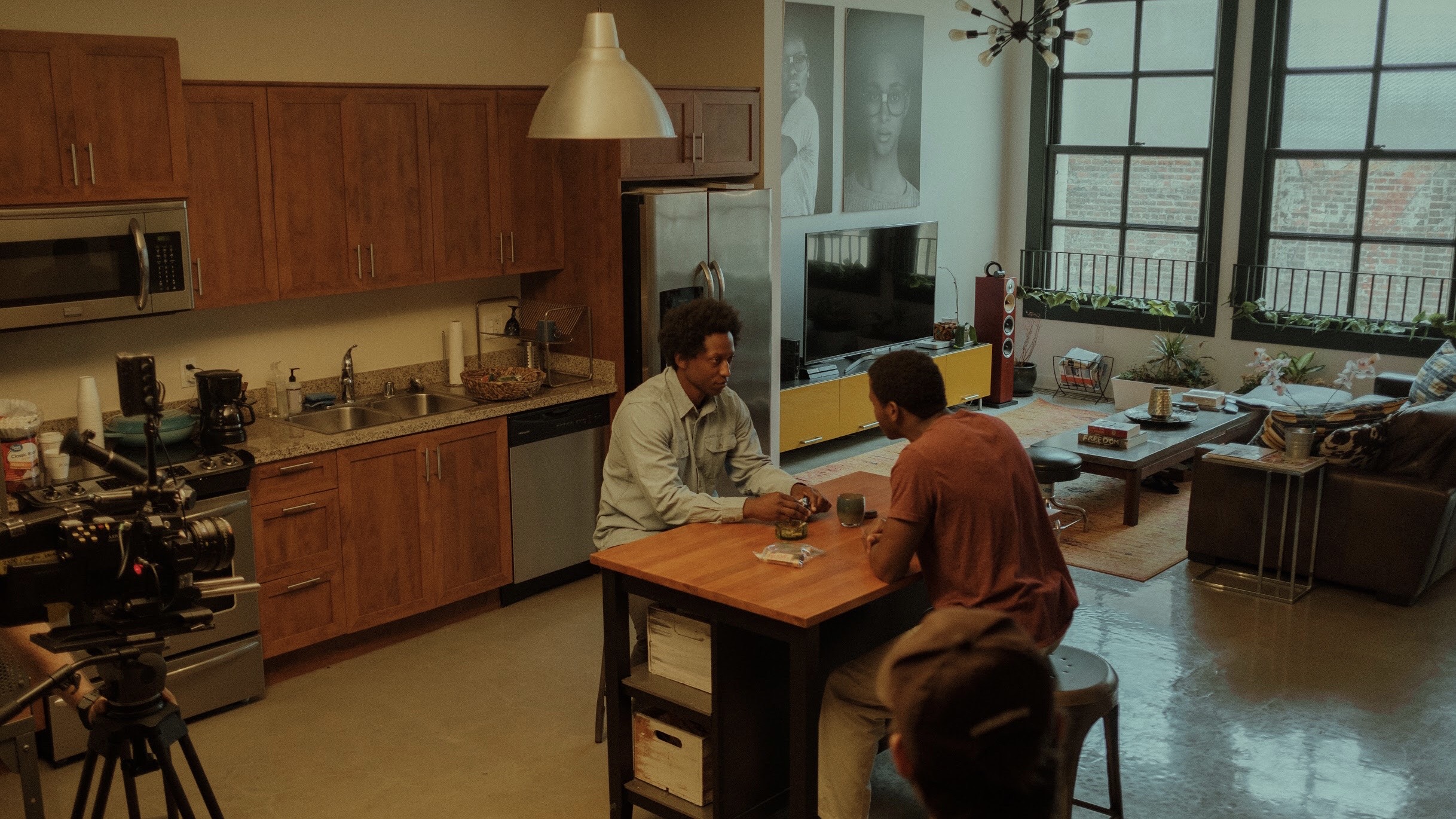 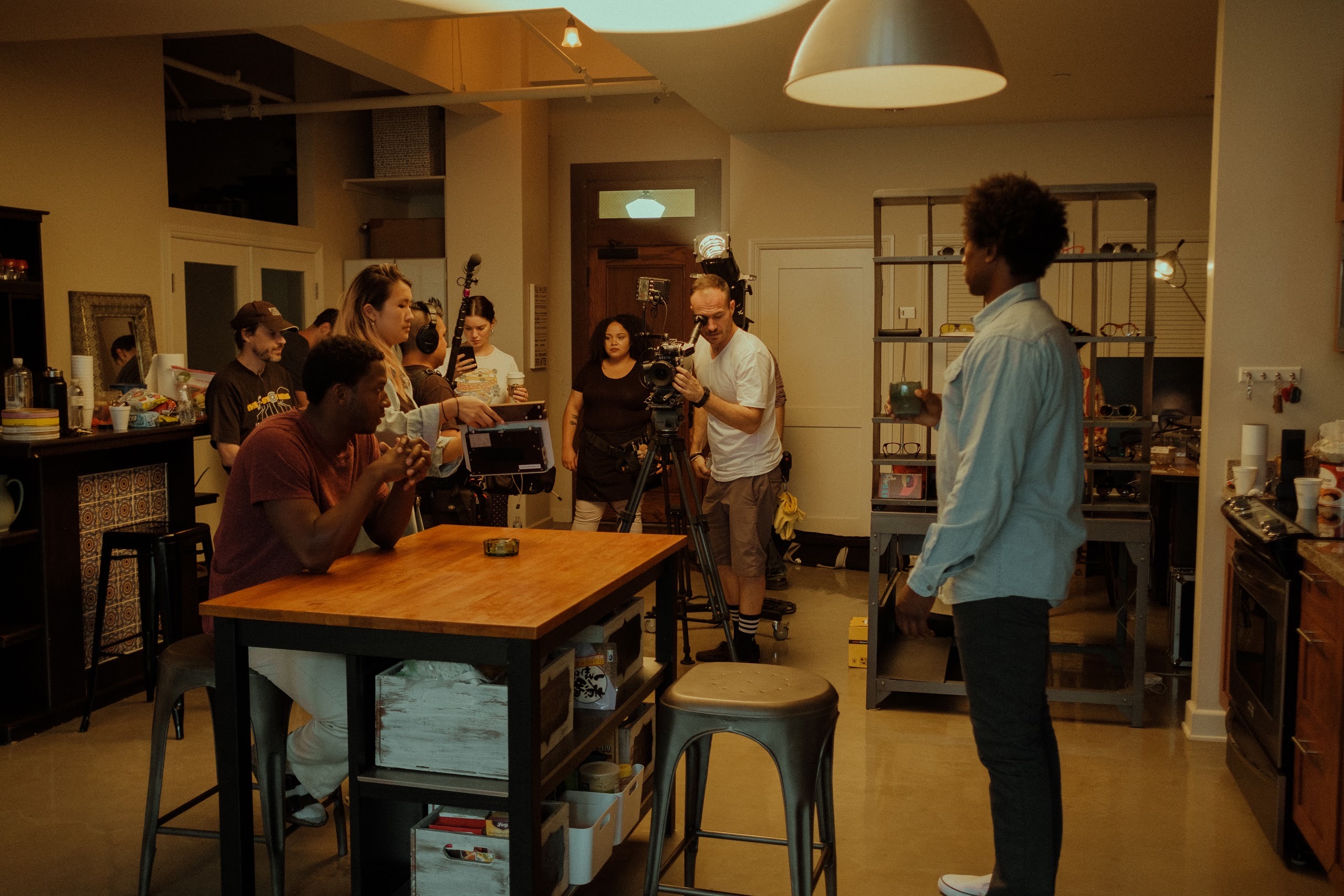 "Freedom is having the ability to control the means of production and have your ideas and have the ability to actualize those ideas. The Black community doesn't have those things." Myers calmly states. Yet another reason, he is beyond grateful for the platform Slamdance is providing him and his film. With this visibility could come distribution opportunities, as did for fellow filmmaker and friend (and the aforementioned Haile Gerima's son), Merawi Gerima.  Gerima's film "Residue," which garnered praise at Slamdance, and later in the Venice Film Festival, was picked up by Ava DuVernay's company Array for Netflix in September 2020. This type of notoriety and placement of monetary value for Myers' film would be game-changing.

Consider the story behind making the film. Despite securing an all-star cast of Rae Dawn Chong, Tunde Adebimpe, Nican Robinson, David Fumero, Julie McNiven, and Myers himself, "The Sleeping Negro" went into production with only the first $2000 dollars raised. The director / producer raised the rest of money gradually, over a three-month period, and would only film when he had enough money to at least shoot two days in a row. The overall shoot lasted a total of nine and a half days (over a period of three months), and the feature was filmed with  26 rolls of super 16mm film and an old, Russian, super 16mm camera. Add in certain locations only allowing 30 minute to one hour windows of shooting, and having to reshoot a scene three months apart due to a faulty film magazine and an actor's booked schedule, for good measure. That is the tenacity it took to make this film.

A few things that were in his corner? We Make Movies, for one. As an associate producer on his film, Myers was able to tap into our production insurance and workers' comp policy. In fact, he espouses the importance of communities like ours because "with any grass roots organization you have to fight for what you have," and he loves the "support of everyone wanting everyone to succeed." Filmmaking is a collaborative endeavor, so community is paramount.

For his next film, Myers wants to expand upon telling Frank Embree's story, in the form of a full biopic. Embree's story made an indelible mark on Meyers' in his days at Columbia University. Falsely accused of raping a 15-year-old white girl, Embree was stripped, whipped 103 times by a bull whip, and lynched by townsmen not wanting to afford him a trial. He is currently in the process of financing the film, and fingers crossed, will be able to commemorate Embree through his work. 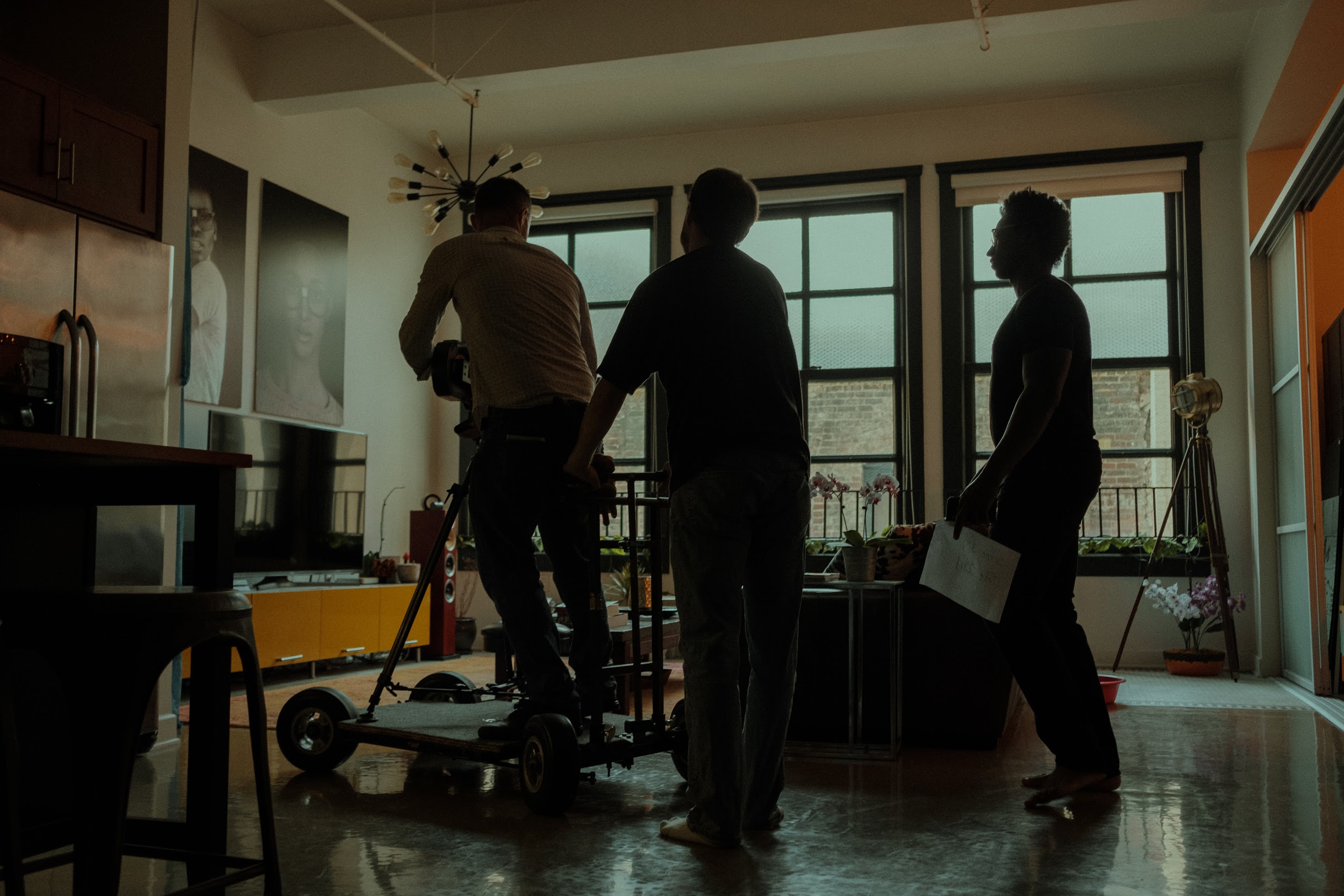 Watch The Sleeping Negro virtually at Slamdance by purchasing a $10 Festival Pass (which enables you to watch everything offered at the festival). All films stream everyday, allowing you to see the film anytime. A Q&A will follow the movie.
Written by Sapna Gandhi