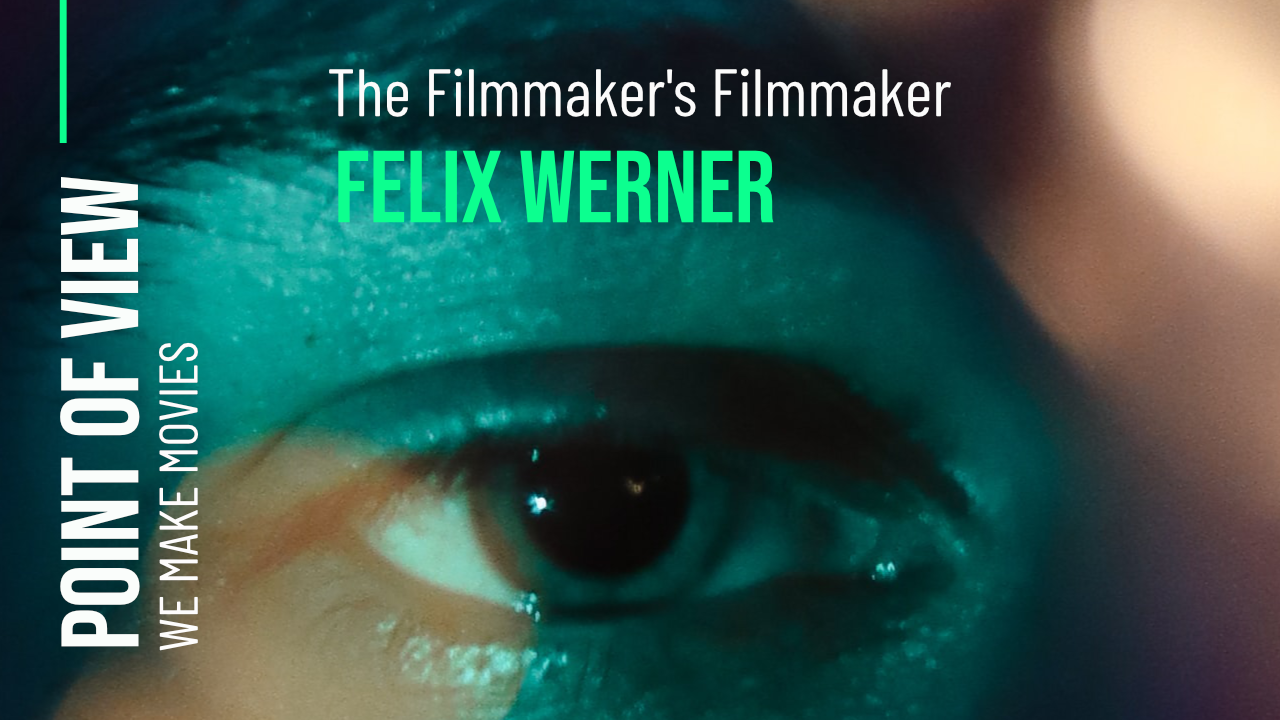 Felix Werner's journey through the arts has taken him down many paths, eventually leading him to carve out his own place in the world of all things indie. Hailing from an illustrious showbiz family (his father was celebrated stage and film actor Oskar Werner, his maternal grandmother was Joan Bennet), he naturally demonstrated a proclivity towards the visual arts, but it wasn't until after studying Art History at UCLA and working in the education and film departments at LACMA that he rediscovered his love for film.

Diving into the studio system in various capacities left Werner wanting more autonomy and creative control so he and his wife Katherine Werner, launched Modern Media Company to bridge that gap. Under the umbrella of MMC they have produced content with a wide variety of styles, formats, and budgets, and Werner has helmed the company as an independent media financier, producer of films and original series, channel creator, and distributor.

Werner's latest endeavor is the launch of the platform Hieronyvision (or HV.cool), "an online creative hub for independent movies, music and art, like all those neighborhood cinemas, record shops, galleries and bookstores." The site is populated with iconic content as well as lesser known gems from unsung visionaries, incisive commentary, original and authentic programming, and a robust community section that has dedicated itself to celebrating and promoting up-and-coming artists of all walks.

Find out more about Felix Werner in his own words...

WMM: You come from a legendary Hollywood family. How do you think that particular culture informed (and continues to inform) your own artistic inclinations and sensibilities?

FW:  It’s funny because I saw two very different sides of filmmaking and the arts growing up. My mother’s side of the family has 9 generations who have somehow been in the entertainment industry. LOTS of crazy theater and Hollywood people and  stories! My father was Austrian and was probably most known as a Shakespearean actor (in German), working on French New Wave films, and his poetry readings. He was also eccentric and kept me out of school for three years, traveling with him in Europe and visiting museums and classical concerts. So, I have a a somewhat divided aesthetic in that regard. I really enjoy both worlds - great (old) Hollywood films for entertainment and but also independent minded and classical arts for inspiration.

WMM: Through the lens of your childhood, did you see the entertainment industry as more of a business or craft? Has that changed for you, and if so, how?

FW:  To better answer your previous question, I see the entertainment industry as a business with some folks who are absolutely remarkable at their craft and it leaves me in awe. That said, when filmmaking really elevates to an art form though, it is probably the greatest creative medium of the 20th century, and can be transformational - at least it was for me as a teenager. I remember watching Kubrick’s 2001 on a big screen in high school and feeling like I had just dropped acid. Consciousness expanding!  At least I tell myself that.
WMM: What films and filmmakers made an impression on you? How? Why?

FW:  Kubrick, as mentioned, is my favorite for visuals and genre bending. Krzysztof Kieslowski is my favorite poetic filmmaker. My favorite comedy is hands down BLAZING SADDLES - from the greatest year of Hollywood filmmaking in IMO - 1974. The film is hard to screen these days because it needs TONS of context to explain the outrageous dialogue. My favorite film of all time is THE THIRD MAN - because it's a NOIR WESTERN set in post-war Vienna, where my father was from. It’s one of Orson Welles’ great roles but it's also peppered with some incredible Austrian actors in smaller roles, and directed with just the right amount of camp by Carol Reed. The music is mostly a Zither - so simple and effective.
WMM: How do you feel indie film has evolved in the last 50 / 30 / 10 years? Where do you think it is headed?
FW:  Like much of the arts, indie film is cyclical IMO. Right now we are in possibly in the the most interesting time since the French New Wave but I am not sure enough folks realize it.  Just like Truffaut, Agnes Varda and their FNW contemporaries, we have INCREDIBLE tools to tell stories with moving images right now, but we are missing their experimentation and narrative abilities. New camera phones are AMAZING but it does not do much good if the stories being told are not bold or interesting. It also feels like the YouTube world and Indie film world have so much to learn from each other, yet still seem stuck on their own side of the dance floor. It’s one of the reasons we created both WATCH MEET MAKE and HIERONYVISION. To teach, experiment and have FUN with storytelling.
WMM: The work you do through WATCH MEET MAKE and HIERONYVISION is philanthropic in its nature and purpose. You have leveraged your influence and privilege to champion, educate, and foster other artists. What drives you to do so?
FW: My accountant would agree that our media arts efforts should often count as philanthropy. Hah! I don't see it that way - or at least that’s not the goal. The short version is we have a day job. My wife and I do real estate projects for our bread and butter and I toil with all my free time trying to figure out how to find or encourage the next generation of visual storytellers. Also, I’m not sure about leveraging influence and privilege when I am trying to figure out where to route a new sewer line on a project, but I do 100% LOVE both my worlds (real estate and media) and thus spend ALL my free time, when not with my family,  thinking about it. I’m kind of obsessed / addicted  / passionate (choose the adjective) that way. My kids would agree, while making fun of me.
WMM: How did you get into the distribution game? How do you think the European market and business of distribution differs from American distribution?
FW:  Necessity and a desire to learn the game.  A company that was distributing one of the films we made was going belly up.  We realized that if we wanted to realize our longterm goals we’d have to know the entire process of filmmaking. Not just development and production. We bought it and sold it a few years later. It was an eye opener!

WMM: What would you say the commonality is between all the films you have distributed? What captures your attention when you are deciding whether or not to produce something? Or to pick up a film for distribution?

FW:  The distribution company we acquired and then sold before starting our new Hieronyvision project had a tiny but very solid group of independent films. They aligned with our aesthetic and long term goals. For our new HV projects we look for a clear voice and vision from the filmmakers and a practical sense of what they want for the project. That makes our life much easier. Then we evaluate if it fits with our goals and if we know how to market it. Not easy to find and we are small so it takes time to evaluate all those areas. I am really excited about one of first new HV releases though THE ART OF ART, a series hosted by artist Shane Guffogg, who examines the life of a number of LA artists. It matched ALL the above points.

WMM: We feel that your artistic vision, aesthetic, and purpose is very aligned with what we are all about at WMM. How do you see us? How do you think we help artists and what have you found to be particularly useful or inspiring about us?

FW:  We completely agree and love what you guys are doing. Your educational resources are so helpful and it’s great how what each our WMM (funny they have the same initials!) complement each other. Ours is more theoretical and focused on story but also some practical business advice. Yours is so helpful in understanding all the great tools available to filmmakers during production and post. I’m glad we’ll be working more together. It's also been great to watch the evolution of your projects. I’m excited to see what comes from your new film competition. It also helps that you are a really good group of folks who are nice to work with! All things that should NOT be taken for granted in the entertainment world. I think it all helps explain why your membership is growing and folks like us at HV enjoy working with you! 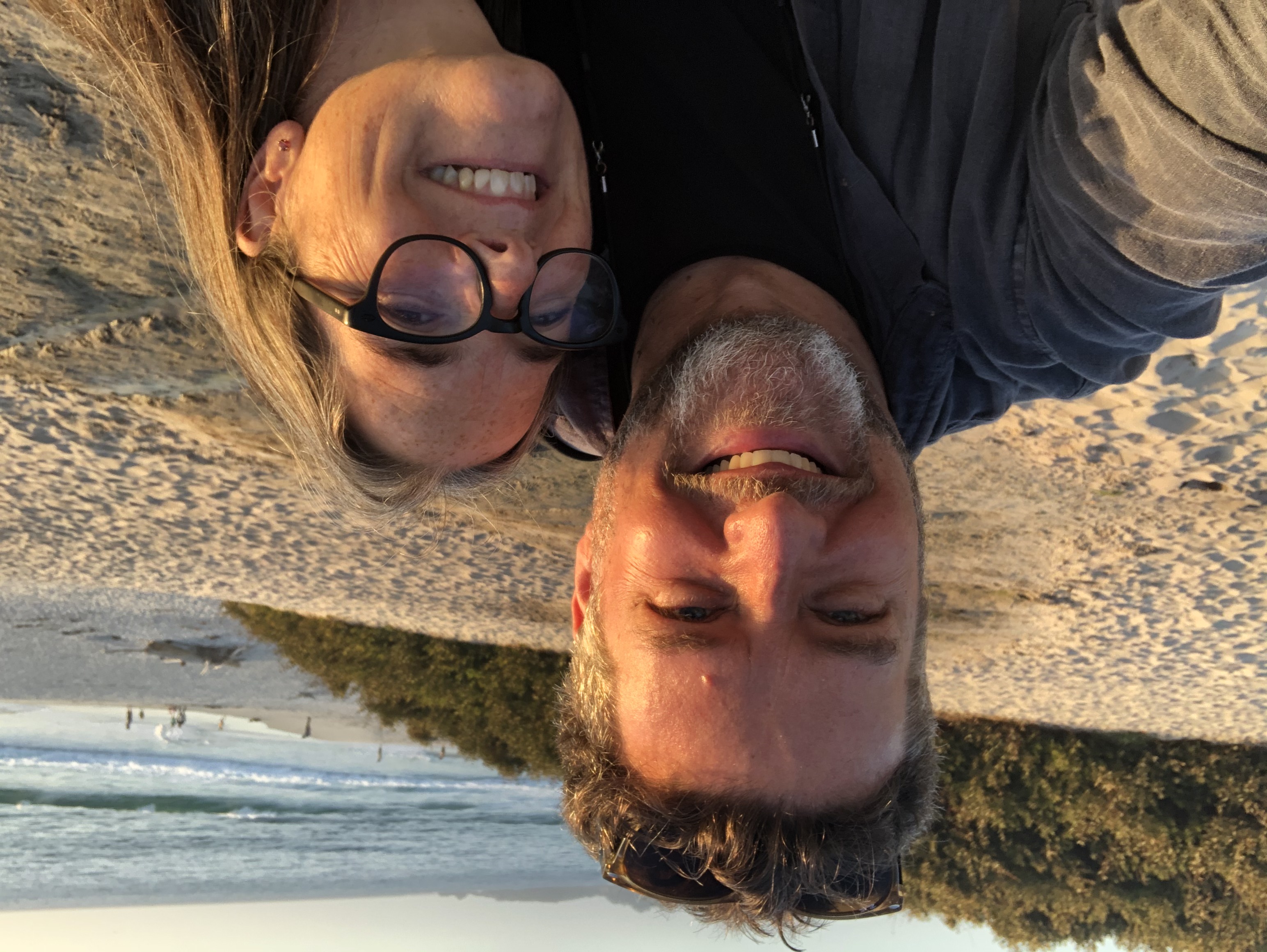 WMM: What would you change if you could, about the entertainment industry? About your own career trajectory?

FW:  On the business side, it’s time to bring down the walled gardens and oligarchies and have a more democratized media landscape. There should be a lot more smaller creative tribes (excuse the cliched terms) that work together, allow more unique content to be created and expertise shared. On the creative side, I wish the young folks coming up through the YouTube experience would be bolder. Take some real creative risks. As for my own career, I wish I had seen the bigger picture a lot sooner. Taken some real creative risks sooner. Also I also wish I had learned the “business’ works sooner, so I could have more creative freedom sooner. Right now I am exactly where I want to be and am having so much fun that it's great.  Also, I am glad that I accepted having two jobs was part of that path.

WMM: Any advice/humor/warnings you can impart to other filmmakers/artists/educators/fellow humans sharing the planet?

FW:  HAVE A SENSE OF HUMOR.  Listen to constructive feed back from folks you respect. Develop a thick skin but stay vulnerable and open. Be honest with yourself and other about why you are a filmmaker - it makes it easier to follow a path - and for others to avoid you if they need to (haha!). Remember filmmaking is a team sport - so be kind and play nice. Have a professional work ethic. Have a sense of humor, you’ll need it (did I mention that already??).  Oh yeah, don’t forget to have FUN!