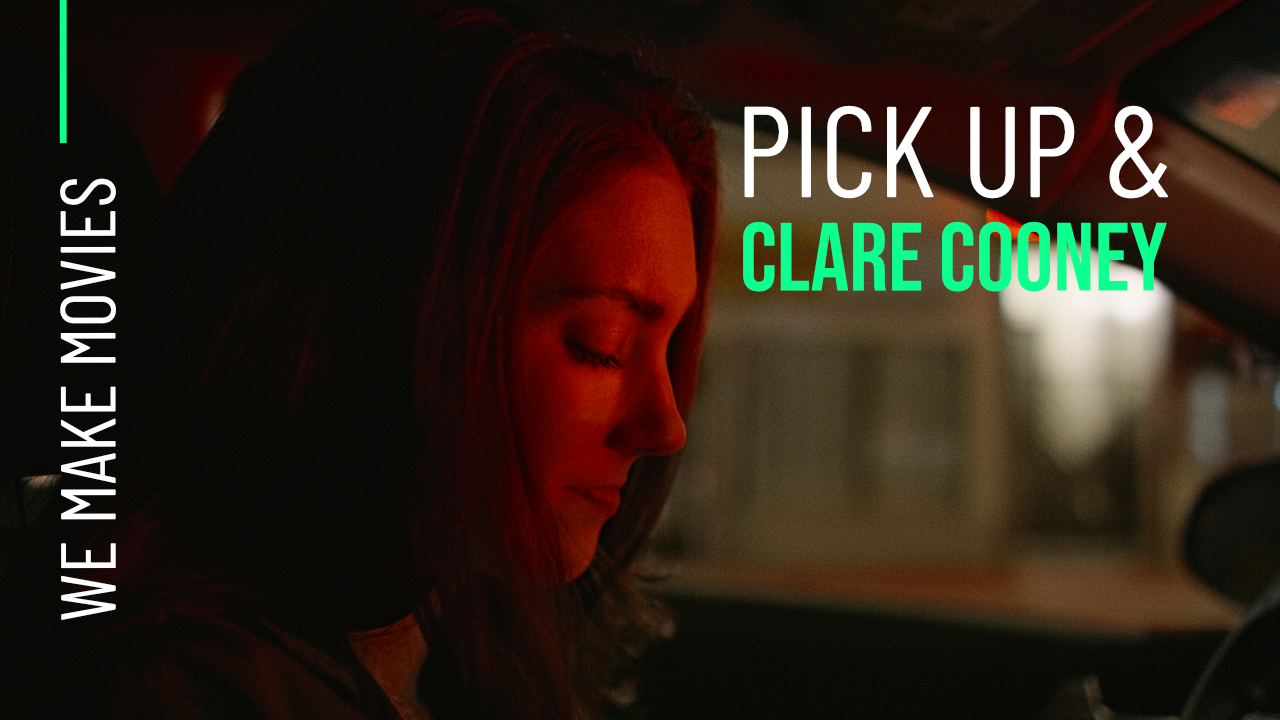 The Oscar-qualifying Cleveland International Film Festival welcomes Chicago filmmaker / actor Clare Cooney for the world premiere of her short film After: A Love Story, an intimate story of a couple trying to bridge the space that has emerged between them after surviving a violent event, this week. Cooney previously wrote, directed, edited, and starred in Runner, a chilling short film that played at 15 film festivals, collected six awards, and garnered her a “Filmmaker to Watch” nomination from the Oscar-qualifying Atlanta Film Festival. Her followup Pick Up made its festival premiere at the Oscar-qualifying Indy Shorts Film Festival  last year after already having received a half a million views on Omeleto. Detect a pattern?

The 15 minute short, filmed with a skeleton cast and crew, is about ex-lovers who reconnect on a car ride during the pandemic. Then their masks come off... and things get interesting. A School at Steppenwolf graduate, Cooney also recurs as Bridget Templeton on The CW series 4400, among many other television credits and lead roles in independent features Rendezvous in Chicago, Soul Sessions, and most recently Relative (opposite Wendy Robie of Twin Peaks and Steppenwolf legend Fran Guinan.

Cooney spent some time sharing some behind-the-scenes insight on filming last year's short Pick Up. Check it out and then watch the full film at the bottom of this piece. [Editor's note: We will be taking a look behind Cooney's most recent film After: A Love Story in the future, but be sure to check out the slick trailer here first.]

CC: I had the initial idea for PICK UP in October 2020, when we were pretty deep into Covid. I was only seeing a handful of friends, usually outside. Everyone was navigating the pandemic in a slightly different way, causing an undercurrent of anxiety in nearly every relationship I had, romantic or otherwise. As I felt the pandemic evolve into something that would define not just weeks, not just months, but years (and potentially a decade) of our lives, I thought about how it might change and affect us - and our relationships - in unexpected ways. Not necessarily a change you can see or point to. Nothing obvious, loud, or earth shattering. But a quiet, nearly imperceptible shift. I was struggling with the idea that even when our masks come off, some emotional barriers (old and new) won't come off as easily. I wanted to tell a story that existed in a Covid-era world that wasn’t really about Covid at all. Instead, I just hoped to create a slice-of-life interaction between two people grappling with how they’ve changed, and how they haven’t since they last saw each other, and what that means for their relationship.

CC: It was a super quick process — the idea for the film came to me when I was falling asleep one night, and I leapt out of bed to frantically write down the outline. I wrote the script in a couple hours. I could just hear it and visualize it in my head really clearly. I reached out to my friend and DP, Olivia Aquilina, who I’d worked with before. Olivia loved the script and was on board, and my boyfriend Chris Rickett had already agreed to act in the film and help produce. I reached out to a sound guy who’d been recommended to me, Josh Gerson, and thankfully he agreed to come on board at a low-budget rate. And that was it — we had our team. Because it was the height of the pandemic, we needed to keep the cast and crew as small as possible. We shot the film in January 2021, three months after I’d written it.

CC: The constraints of the pandemic, and our tiny budget, definitely presented challenges — it forced me to design the shotlist in a way that would be most achievable with a very tiny cast and crew. Covid cases in Los Angeles were really high in the two weeks before our shoot date, so we almost called it off. But we all just got tested consistently and checked in with each other to make sure no one had any trace of a symptom. There were only three of us in the car — myself, my boyfriend Chris, and Olivia. We had Josh rig the car with sound equipment, so that way there weren’t four bodies in such a tight space. Basically, he’d set things up, get the sound rolling, and then we’d drive and film for a bit and he’d follow us. Then we’d pull over, he’d check and make sure it all sounded good, and then we’d move on to the next section.

Our game plan wouldn’t have worked so well if everyone wasn’t so talented and on top of their game. Chris and I had to know our lines like the back of our hands, because often we’d only get one or two takes of a scene. Olivia had to be crazy efficient, bold, and creative, at one point even leaping out of the car to set up her tripod basically in the middle of traffic. Josh had to be adaptable and technically so precise — there was no room for error. And I had to be extremely decisive and clear about my vision. We shot 18 pages in one day, half the time racing against daylight. It was a scrappy, exhilarating, joyful shoot. We got very lucky and I’m so thankful that our small but mighty team accomplished it on such a tiny budget, during the pandemic.

WMM: Did you collaborate with WMM on this project, and how was that for you?

CC: We were referred to We Make Movies through a friend of ours, and I’m so grateful that we found them! They came on as producers on the film and were a really great resource, providing us access to great insurance for our production and navigating everything during Covid. When you’re doing a bunch of things at once and producing your own work, there’s often a sense of, “Am I forgetting something? Is there some gap in my knowledge that’s going to really screw me over?” Having We Make Movies on board just really brought a nice peace of mind that everything was in order. So when I started working on AFTER, I knew right away I wanted We Make Movies to be involved again. I’ve already referred them to several of my friends, and I have no doubt I’ll work with them again in the future. 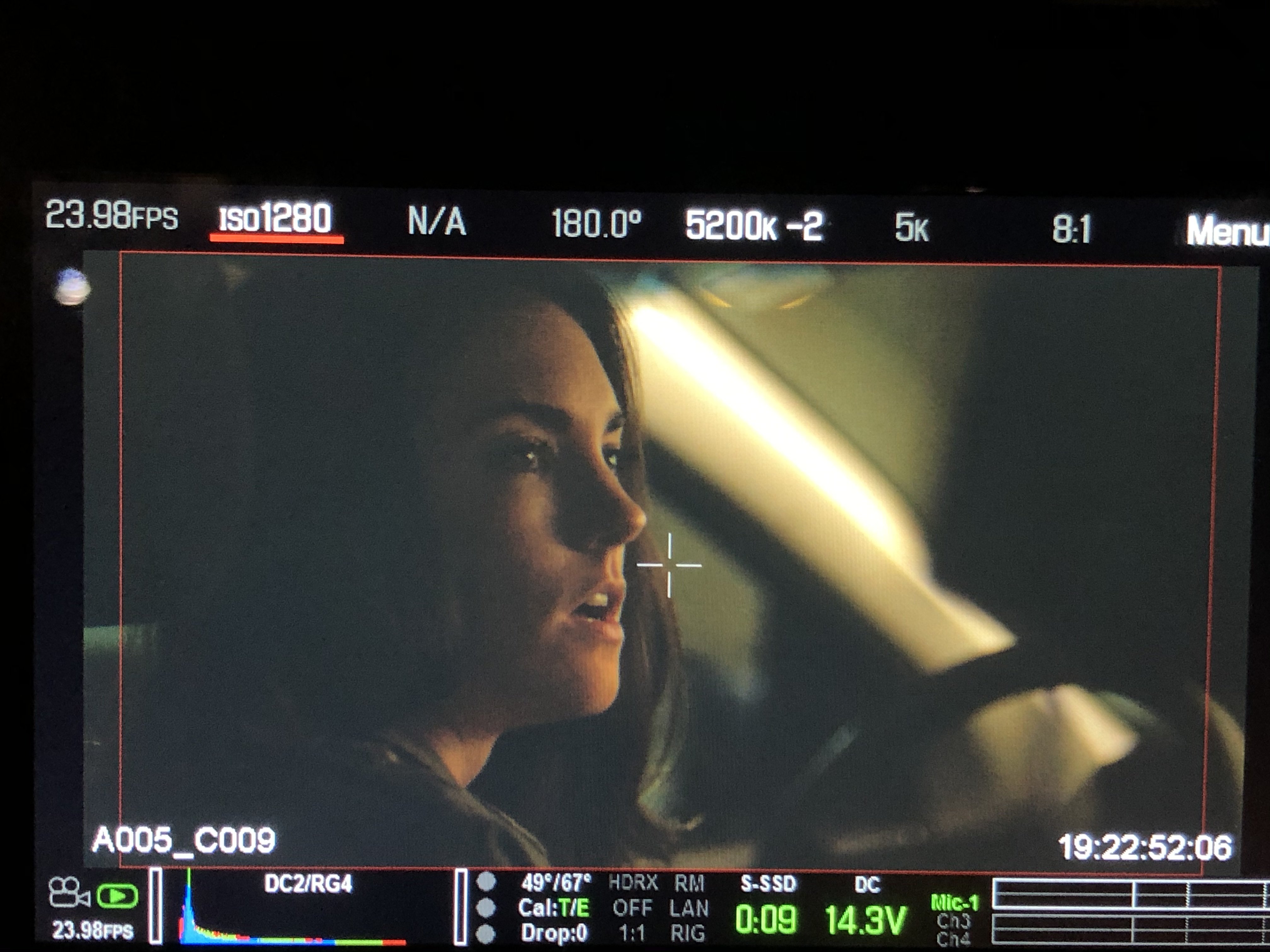 CC: Simple logistics stuff... I think I might have started filming an hour earlier, just so we could have had a little extra time to film the golden hour section of the film. There are also a few shots I wanted to get that were cost and time prohibitive, so if we’d had a larger budget and maybe two days to shoot, I could have explored a few wish-list camera angles (like mounting the camera to the exterior of the car for some of the moving shots). But honestly, I don’t know that I’d do anything differently. I’m so happy with how it came out and shooting it was such a positive experience.

CC: We’re actually already distributed on the curated short film channel Omeleto. I wanted to release the film right away, as soon as we wrapped up post production. There was such an urgency to the writing and shooting of the film, and I wanted to keep that momentum going. I felt it was a topic that would resonate with people *right now* and so I didn’t want to wait to go through festivals. We released in early May 2021, less than 3 and a half months after we filmed it. I was sincerely blown away by the response. We receive 50,000 views in one day, 100,000 views in a week, and now the film has over half a million views. I received hundreds of comments and messages sharing how real and relevant the film felt, how it spoke to the loneliness of the current moment, and how relatable and impactful it was. It really meant the world to me and I’m glad I didn’t wait to put it online. After it was released, we received an invitation to make our festival premiere at the Academy-Qualifying Indy Short International Film Festival, which was an unexpected treat.

CC: It’s evident from the diversity in age, gender, and race in the comment section of the film that a *ton* of different sorts of folks have watched and enjoyed it, and I hope that continues. Everyone was touched by the pandemic in some way, large or small. So because the film is about navigating love & relationships while emerging from this worldwide trauma, I think it has the capacity to strike a pretty universal chord.

CC: Less gatekeeping. More opportunities. Less focus on who you know, who you’re related to, and how many followers you have. More focus on potential, talent, and storytelling. Less rich people making vanity projects. More money available to those who aren’t born rich. There’s a lot of talented people out there, but a lot of the opportunities are closed off to them because they don’t have the connections, they don’t have name actors in their projects, or they don’t have a huge budget. I wish I could change that part of the industry. I think it would solve a lot of other ills currently plaguing the business.