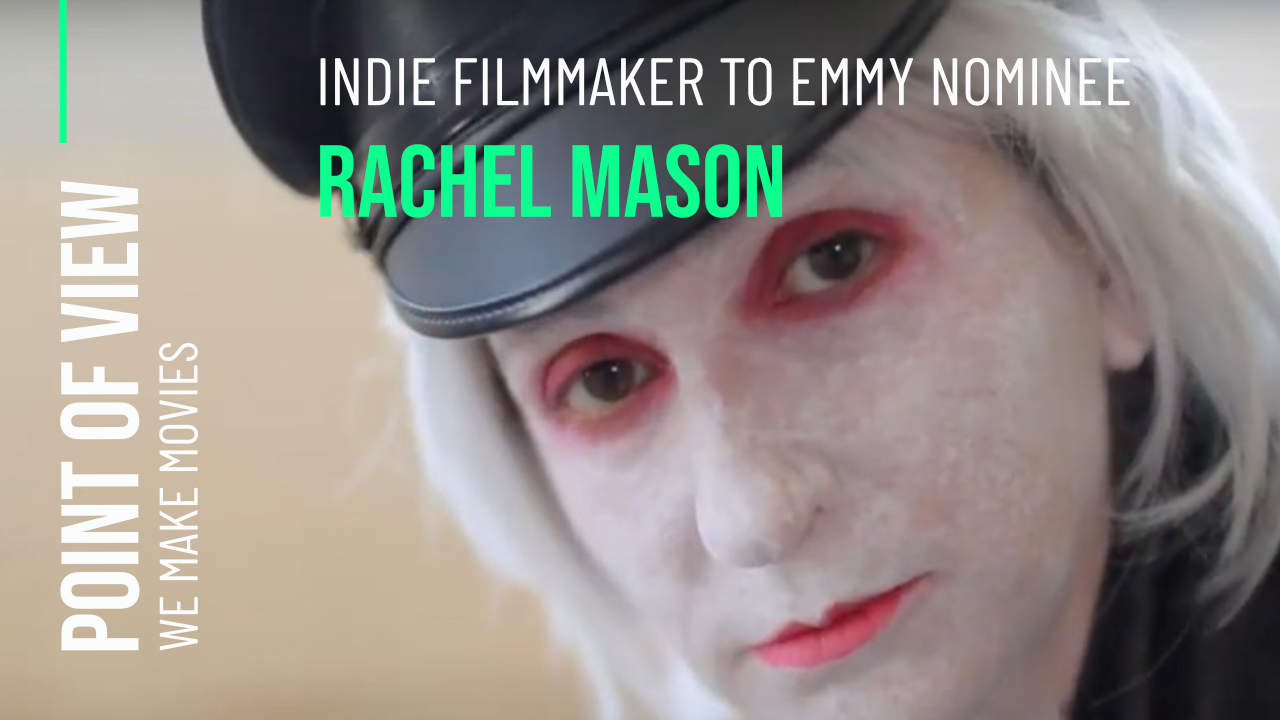 In the spirit of the We Make Movies International Film Festival (which wrapped up a whirlwind virtual feat this past September 16-20), and all things indie, we sat down with the illustrious and fabulously eccentric Rachel Mason. A consummate artist, with sculpture, video and live performance exhibitions in esteemed museums around the country, an accomplished musician with 13 albums, and a filmmaker with three very different films, Mason never fails to surprise her audience. Her work often reimagines historical events and figures through an imaginative and cheeky lens, imploring the viewer to reflect on the essence of culture, perception, power dynamics, and what humanity has given credence to.

RM: I think of them just as regular people who have a willingness to take risks because they enjoy the thrill of business. But they are really truly small business owners. They do things in a relatively small way, even though there may be big consequences.

WMMINTL: You are a performing artist who has toured galleries, rallied in NYC as a street artist, written, recorded, and performed your own music, and have made several films. What is your favorite medium? Which medium do you feel enables the most personal and authentic expression of yourself?

RM: I really love music and feel like I don't make enough time for it - but when I dive into songwriting, that's when I know I'm getting at truths that are buried, far deeper than in any other medium, and when I sing, and feel the truth of the music in my body, that's the place of again, authentic truth - that lives beyond anything else.

WMMINTL: You've made an experimental musical and a documentary. Do you think you'll find yourself embarking on a project that straddles those two worlds?

RM: It's so amazing that there is still so much love for Hamilton Fish because sometimes I think I'm now just known for CIRCUS OF BOOKS which feels completely separate, but I poured myself into the world of this musical film, and I'm not even sure if that's the right word for it.

WMMINTL: Your performance personas are something truly magical (FutureClown anybody?!). We feel like you would have an opinion. Siouxsie and the Banshees or David Bowie?

RM: I love both!!! I am more inclined towards Bowie.

WWINTL: Which artists have inspired your work? Who would you like to collaborate most with?

RM: One of my all time favorite artists is Frida Kahlo, because she exists almost outside of time. She captured something of her own essence in her work, and I suppose in some ways, I think that autobiography is the most exciting kind of art, when you are really being authentic. In terms of collaborating, I really sometimes prefer working with people that are in the realm of artisans -- as a musician, the best collaborations are with just really truly great players, who know their instruments and enjoy the songs I create. I also love the collaborative process of filmmaking -- working with editors, producers, actors, all of it - even the subjects of documentaries, are like being in a band, with  great players - when it's flowing well. It also can be hard too, of course.

WMMINTL: Your mother was a journalist, prior to her owning Circus of Books. What does she make of your political satire, which shows up in all the mediums you have worked in?

RM: My Mom has always been my biggest critic, as you see in CIRCUS OF BOOKS -- so I don't often look to her for approval, but I know I secretly do crave it, in some way - and I hate when she's disappointed in me, which is a really dumb thing to even worry about at this age! I think it's about thumbing my nose at authority figures. Which is something that just makes a basic kind of sense to me because people in power tend to be so ridiculous.

Mason’s political cabaret of sorts, THE LIVES OF HAMILTON FISH, originally released in 2016, enjoyed a new audience at WMMINTL. The festival, born out of the film collective and production company We Make Movies, encourages filmmakers to “make the movie you want to see.” The collective prides itself on creating a diverse, synergistic, sustainable ecosystem for artists and content creators that is paving the way towards democratizing storytelling by providing free weekly workshops, discounted resources and services, educational industry events, showcases, and film challenges.

THE LIVES OF HAMILTON FISH from Rachel Mason on Vimeo.