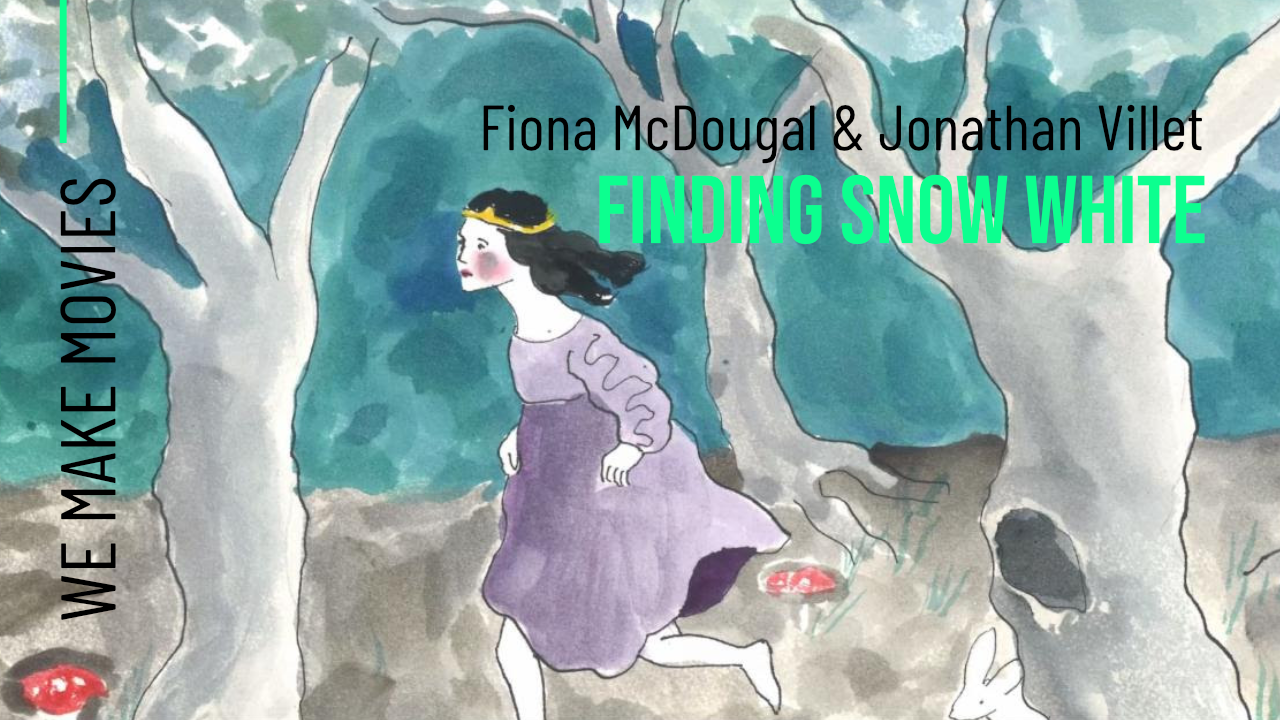 Congrats to WMM members, producer/director Fiona McDougall and writer/interviewer Jonathan Villet of OneWorld Communications for landing a special selection designation at the Sonoma International Film Festival! Their short documentary Finding Snow White screens at the festival (celebrating its 25th anniversary!) from March 23rd until March 27th. The film is an incredible contribution to the field of mental health. A powerful message around resilience, the human spirit, and the ways in which we can train ourselves to live life in the face of adversity. Beautiful and poignant.

We had a moment to catch up with the filmmakers - take a read, watch the trailer at the bottom of the piece, and catch the film at the festival if you can.

WMM: What compelled you to make this film?

JV: I was compelled to make this film for a few reasons – the amazing personal journey of Ditta Oliker after the tragedy of her son’s murder, demonstrates how people can achieve positive self-renewal at any age. She became a psychotherapist, and her insights and stories, and her patient’s insights, about psychology, overcoming constraints left from childhood, and finding self-purpose are intuitive and inspirational for me. I was the boyhood friend of Ditta’s son and my personal reconnection with her after 47 years of absence caused me to reflect on my own youth and long-ago grief in a way others may find helpful for themselves.

Ditta Oliker broke free from the paralysis of mourning in middle age. Her teenage son, my boyhood friend, was a victim of a mass murder in 1973. She broke free of despair, remade her life by becoming a PhD psychotherapist at age 50, and provided life healing psychotherapy to patients until age 91. She is a testament to inspire hope and positive choices.

Ditta and her patient reveal some of the psychological forces that direct the course of our lives. By recognizing them, you can gain a sense of agency. Ditta’s insight about the “childhood survival system” is instantly recognizable. Her use of the Snow White tale to explain it, is very creative. Kirby Tepper, one of her patients, describes how as a child he adapted to the needs of his parents, needs he perceived, without consciously knowing it. Yet he realized his parents were not at fault. He contributed to the “survival system” which powerfully constrained his potential as an adult. Realizing this, allowed him to break free so that he could pursue his potential. I appreciated Kirby when he observed “it gives you a sense of agency.”
Kirby has been a successful Broadway actor, lyricist, and author and is now a practicing MFT. 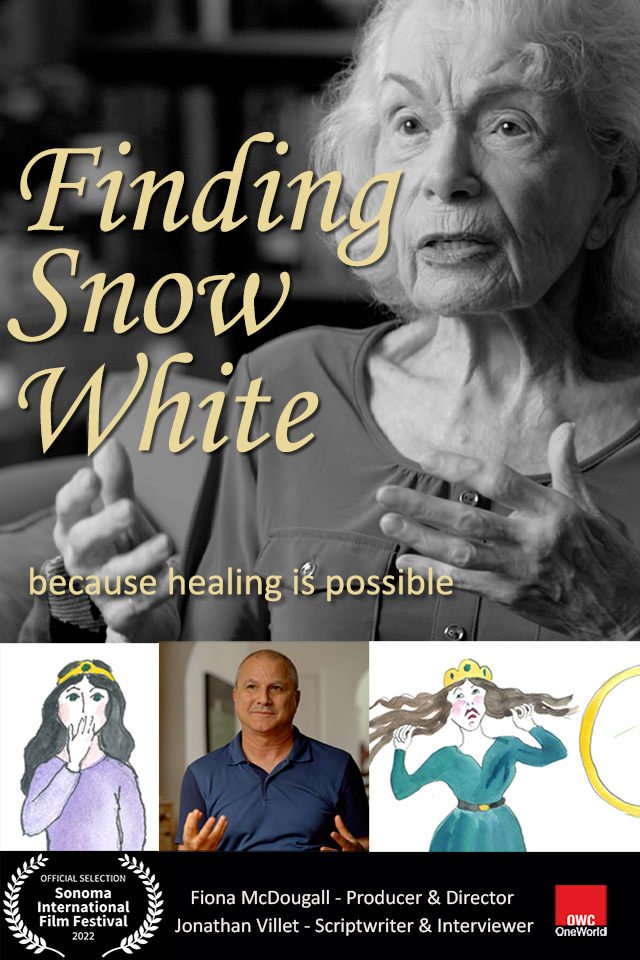 Finally, the film could lead some viewers to reflect on the anxiety of their teenage years in a useful way, as I’m doing. As a teenager I fled the San Fernando Valley because it “sucked the life out of you,” as I said in the film. Ever since I’ve thought I acted cowardly by running away, taking the easy way out. After listening to Ditta and Kirby while shooting the film, I’m rethinking. The “Valley” represented an emotional power over me. Running from it and living in far flung destinations including Europe and Africa was a positive step. But even after leaving a place or a relationship, its power can still reside inside you, even below consciousness, affecting what you feel, think, and do. Finding your own “Snow White”, and answering Ditta’s question “Whose need is being met?” (your own or someone else’s?) is a chance to explore the larger picture.

FM: This film demonstrates how people can achieve positive self-renewal at any age. Ditta Oliker broke free from the paralysis of mourning in middle age. She remade her life and provided life healing psychotherapy to patients until age 91. She is a testament to inspire hope and positive choices.

The film also reveals some of the psychological forces that direct the course of our lives. Dr. Ditta Oliker’s “childhood survival system” is instantly recognizable. Her use of the Snow White tale to explain it, is very creative. Kirby Tepper, one of her patients describes firsthand his own experience how as a child he adapted to the needs of his parents, that he perceived, without consciously knowing it. Yet he realized his parents were not at fault. He contributed to the “survival system” which so constrained him as an adult. Realizing what was going on, with Ditta’s help, allowed him to break free so that he could pursue his potential. Kirby has been a successful Broadway actor, lyricist, and author.

JV: After I read Ditta’s book “The Light Side of the Moon, Reclaiming Your Lost Potential”, and reconnected with Ditta by phone 47 years later, I wrote a one paragraph treatment and broached the idea of making a film with her. After she eventually agreed, she imposed one new condition only several days before we came to shoot – that I and my reactions be in the film too, it could not just be only about her. Part of the process included research with a couple other psychologists who explained about the process which parents of murdered loved ones go through, which helped inform the interview questions. We also managed to attract one of Ditta’s former patients to be interviewed. 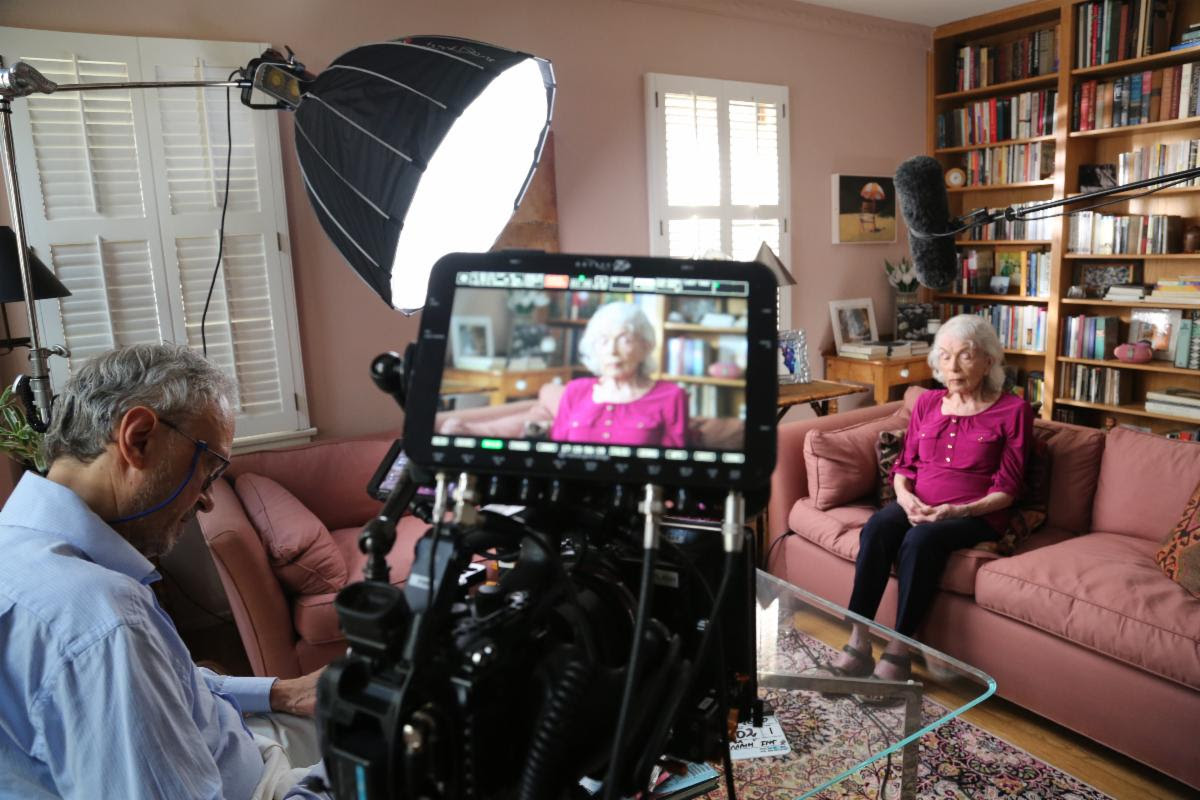 WMM: Did you have a clear vision of what the film would be about or was it constructed in post, after the interviews were conducted and footage was captured?

FM: The vision of the film really evolved in post-production when we realized the story needed to expand the voice of the interviewer, the boyhood friend of her murdered son, as a protagonist. This required researching a letter and poem from 47 years prior, to help explain his role. It also required additional shooting as he reflects about his experience of the other two protagonists to help bring the story full-circle, from his initial discovery of Ditta to his own realizations about what it meant, as well as additional B-roll to support this new footage.

WMM: Did you use WMM for any services, and how was the experience?

FM: Yes, WMM provided color grading / correction to the film which helped integrate a few different shooting locations, lighting, and cameras, to give the viewer a more continuous experience. It was a very fluid and good process working with the WMM post-production team. In addition, we received constructive feedback during a WMM Virtual Performance Lab while in the early stages of editing the documentary.

WMM: What are your aspirations for this film?