POV: Community Is Everything For Filmmakers 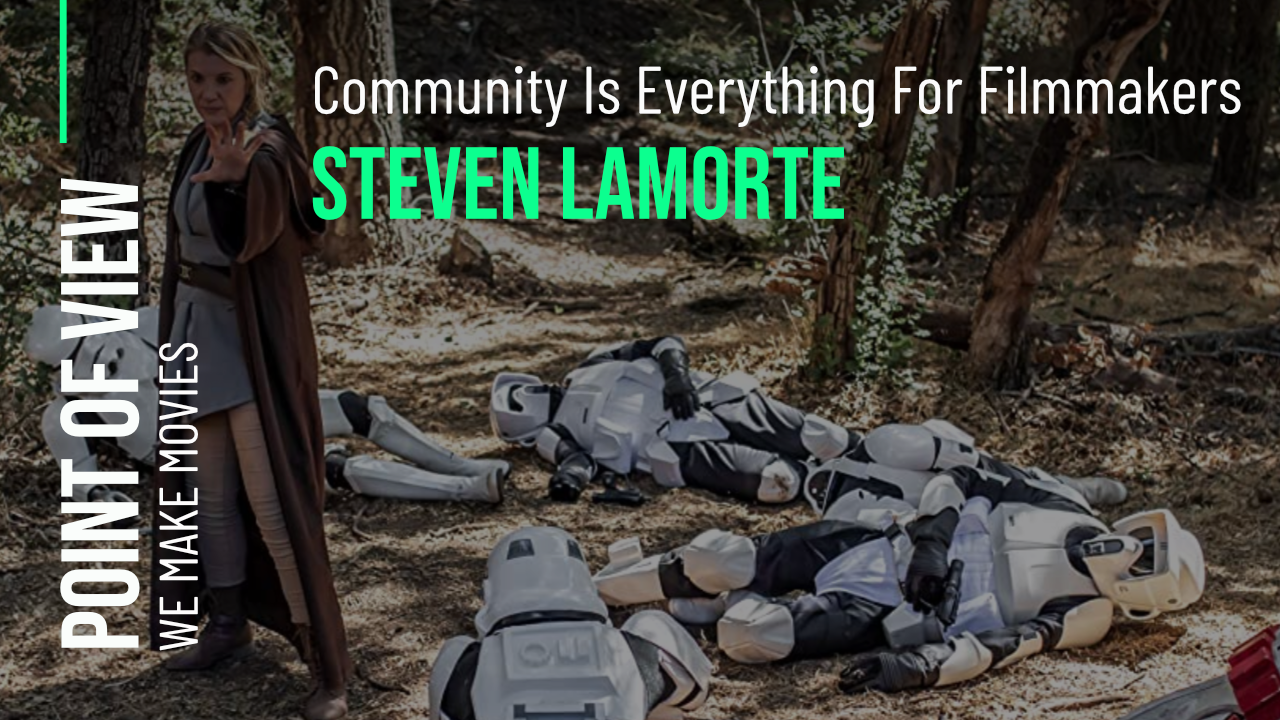 In anticipation of the We Make Movies Creative Services launch, we thought we would chat with its Creative Director, Steven LaMorte. A director at heart, who enjoys empowering other people, and producer by trade, who produces like a director, Steven has made a name for himself as a special effects artist through his company Sleight of Hand Productions. He teamed up with WMM to teach mobile filmmaking to students of all ages all over the globe, and discovered the culture and values around filmmaking we embrace match his own sensibilities. He wishes to be the producer that he wishes he had while learning to make films, and considers himself to be "like mom and dad - I want you to have the sun, the moon, and the stars, but also be aware of budget." Welcome aboard, Steve!

SL: I'm originally from Staten Island, New York. Growing up as an only child, movies - especially science fiction - always inspired my imagination. Since I didn't have any siblings to play with, I would make up my own stories with the characters from my favorite films. When I was 10, I started becoming interested in film making and special effects, making stop motion movies one picture at a time using legos. I'll never forget playing my first live action film - a Star Wars movie I shot on VHS with my cousins  - at a family birthday party. The thrill of having people laugh at the silly lightsabers I animated by hand, and cheer when the 3 foot tall Darth Vader was defeated, was electric. I started writing a new script that night and haven't looked back since! In High school I joined the school TV studio WFBN TV, where I learned how to make sketches and the thrill of weekly live tv broadcasts. When I graduated, I attended NYU Tisch Film School, and moved to LA to make my first feature shortly thereafter.

WMM: What films made an impression on you? How? Why?

SL: Action/Adventure films have always inspired me because anything is possible! Watching the giant boulder almost crush Indiana Jones in Raiders of the Lost Ark, seeing glimpses of the apocalyptic future in Terminator, the big death star battle in Star Wars - these fantastical sequences have all left a mark on me, and I'm constantly look at these films (and how they were made) to try to bring that large scale spectacle to my work. 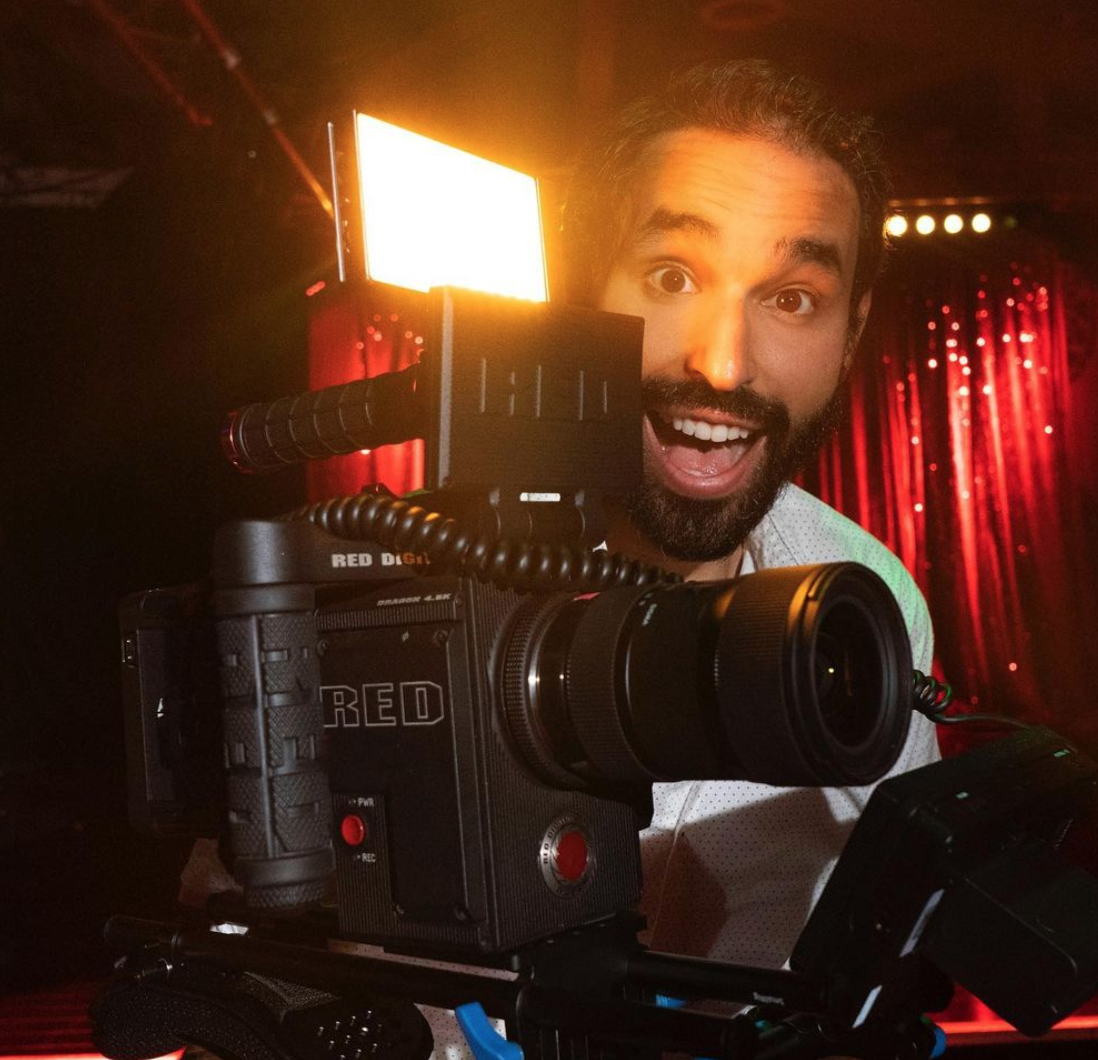 WMM: What drew you to doing the work you are doing now, and what was your inspiration?

SL: I'm currently finishing up two very different feature films - a documentary about a group of misfit teens in the middle of nowhere who get together to make their first movie, and an adventure film about a detective trying to save 1950's Los Angeles from the zombie apocalypse. I've always been drawn to stories about underdogs. Whether they are good people who never got a shot, or heroes who have fallen from grace trying to do something right for a change, I love stories of people beating the odds to do something amazing. The documentary was inspired by the kids - who were WMM students at the time - watching their awe and excitement for the magic of making movies reinvigorated me to continue my career in filmmaking doing the things I love.

WMM: What role has WMM played in your work? How has WMM helped you develop as an artist / collaborator?

SL: We Make Movies has been supporting my productions for the last few years. I was introduced to WMM as a place with resources for indie filmmakers - we had the script read in a workshop, used WMM's insurance, screened the movie at the work in progress night. They lured me in with really helpful tools to develop, shoot, and finish my film, but I became a card carrying member once I realized the strength of the community behind it. Having a group of supportive collaborators who want to build each other up and empower each other to create their vision no matter what really drew me in. I used to think filmmaking as something competitive, a kind of race to your big break. But when I came to We Make Movies my attitude totally changed. I learned a rising tide raises all ships, and I've taken such great joy from connecting with other artists and (hopefully) helping them realize their visions too. Sometimes little things like making a recommendation for a piece of software or a location, lending someone your gear or your time - can make all the difference to making someone's dream a reality!

WMM: Creative Services -- what should we know? What makes it special and what sets you apart from the competition?

SL: We Make Movies Creative Services is a full service digital marketing agency specializing in branded content and commercial production. When the pandemic started it became clear some of the companies that knew WMM filmmakers could really benefit from having an artistic approach to their marketing, so they reached out for some help and enabled us to start working with some pretty big brands. We Make Movies Creative Services is unique because we bring the WMM values to our productions - first and foremost we make the movies we want to see! We specialize in creating content that is effective marketing for our clients but that is also engaging content we would genuinely enjoy watching - and we think our viewers would too. WMM Creative Services works with members across the country to create content for these big brands while still preserving the artistic indie spirit that makes our community great. We also get the opportunity to hire some of our students – filmmakers who are just starting on their journey as creatives - and give them opportunities to be paid as filmmakers as well. I love working with WMM Creative Services because I really feel like it’s a production company that works the way I wish every production company would - respecting filmmakers, making clients happy, and creating great work. 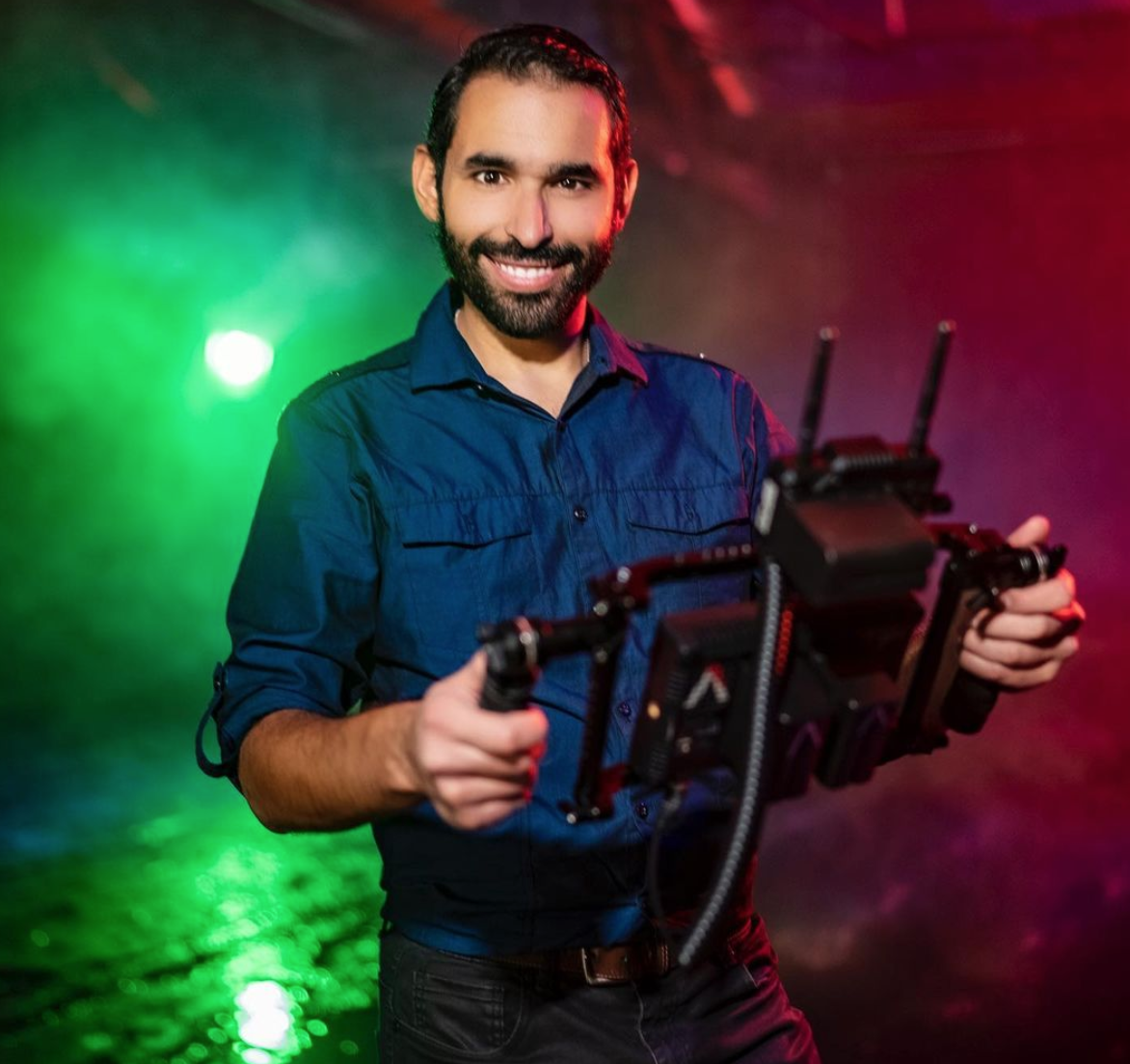 SL: If I could change anything about my career trajectory it would be to start small! When I was first making movies, gear was expensive and it was hard to make a film by yourself – my earliest movies were honestly a little too big for what I was ready to direct, so if I could change my career trajectory I definitely would have partnered up with a few collaborators and made lots of small films before taking on some of the larger projects I started with right out of college. My advice to filmmakers would be to start small and fail cheaply - the technology is there, and the information is available for free, so you should really take time to develop your voice and if possible an audience, so that when you are ready to level up to a larger project, that big dream vision you’ve always had – you’ve put in the time to develop your skills and your voice. Then you are ready to make it the best version of the film it can be. You have the tools - stop making excuses, get out there, and make a movie!

WMM: What is next for you? (Other than Creative Services)

SL: Once I finish these two projects which are in the final stages of post production, I have a new script in development that is dramatically different from some of the other projects I have worked on. The movie is based on a true story very close to my heart about faith and family. I really enjoy fantasy and spectacle but I think it’s time for me to make something quiet and personal for once. And then I will get back to our regularly scheduled programming and blow some sh*t up!