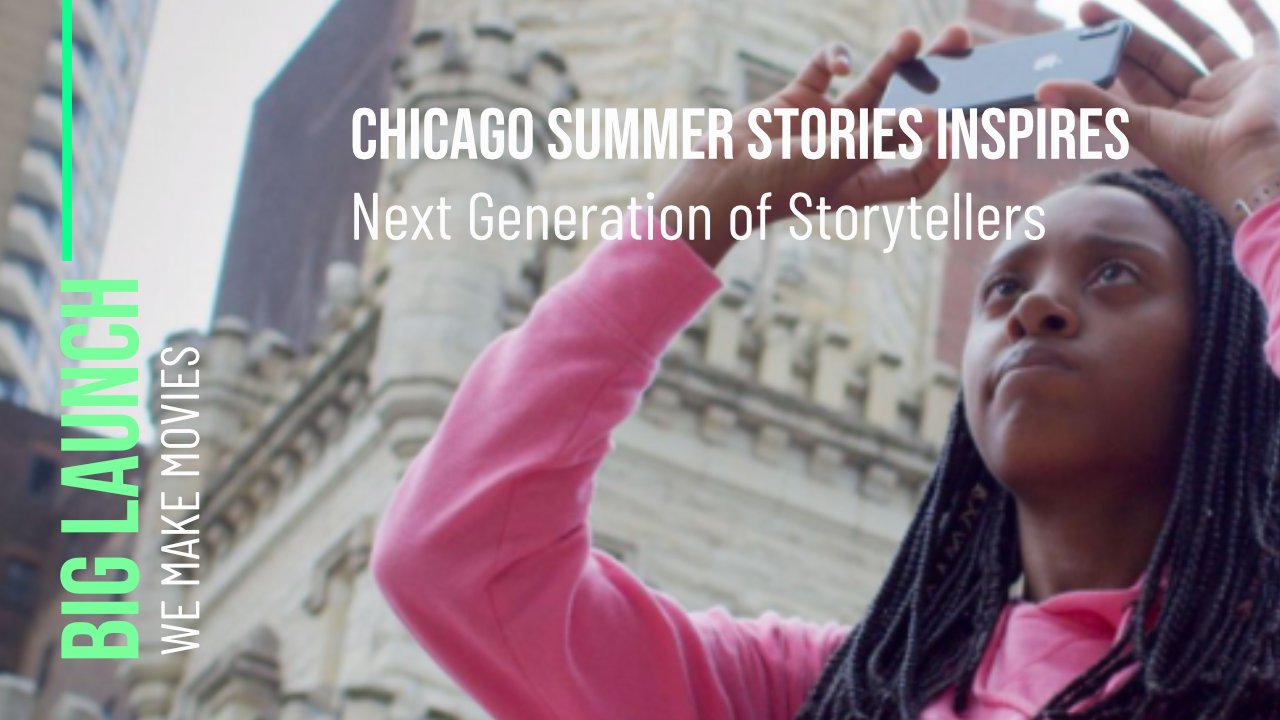 Following the success of the eARTh Project in Compton, CA, We Make Movies partnered up with Apple and the Kerry Wood Foundation to bring the program to Chicago, IL. The third installment of the Summer Stories was helmed by Steve Douglass, an Apple Distinguished Educator. Twelve students from various socio-economic backgrounds and neighborhoods of both suburban and inner city Chicago, came together to get a crash course in how to make a movie with iPhones.
Without the fuss of navigating complex gear, the kids learned to tell their stories with the portable, lightweight, and easy to use filmmaking tools totaling less than $300. The program instead, "emphasised iteration, practical knowledge, critical thinking, and collaboration," an intentional design of Sam Mestman, CEO of WMM and LumaForge. His hope is that the next generation of storytellers will walk away with "situational awareness, presence, resilience, communication skills, and adaptability to new situations," the skills that parlay into the real world and that will help them enter the workforce with facility.
The students learned everything on the technical front, from setting up shots on Filmic Pro to editing on FCPX, in a mere 48 hours. For the next month and a half, they were tasked with making five minute documentaries about the local effects of assigned topics ranging from activism, innovation, and arts and music. Applying their newly acquired skills and mechanical knowledge was only half the battle. They had to cope with distance learning under the climate of a public health crisis, political disparity, and the intense cry for social justice. After several grueling weeks of upward failure, these kids came out from under the rubble with art, as well as a sense of self-reliance and conviction.
What We Make Movies has done by bringing this traveling institution to Chicago, helps create a generation of problem solvers. The learning not only espouses technological prowess, but instills the importance of emotional intelligence that will make these kids more employable and ready to take on the world. Furthermore, as Mestman poignantly points out, "as we fully enter the global world, we're going to need to be able to cross cultural and language barriers with the visual image," and video literacy will become more vital than ever. We Make Movies will be there to usher in a new level of democratization to the storytellers of the world.
Written by Sapna Gandhi
Sapna Gandhi is an actor, singer-songwriter, and content creator. In addition to TV credits such as BOSCH, SHAMELESS and SCANDAL, she has appeared in numerous shorts, features, and series, including festival darlings IN ABSENTIA (Raindance) and THUMPER (Tribeca). Gandhi has produced several series and films under the umbrella of her production company Elegant Grotesque (most recently SCRAP, starring Anthony Rapp and Vivian Kerr, and Noel Gallagher’s High Flying Birds’ STRANDED ON THE EARTH, directed by Mike Bruce). She is also 1/2 of the musical duo, VATAVARAN, was born in England, raised all over the states, studied English and Women’s Studies, and trained at the American Conservatory Theatre in SF.